Remember the Mario Kart K'Nex? The ones where King Koopa was packed one per case for some god-awful reason? Well, they're back, and they're better. 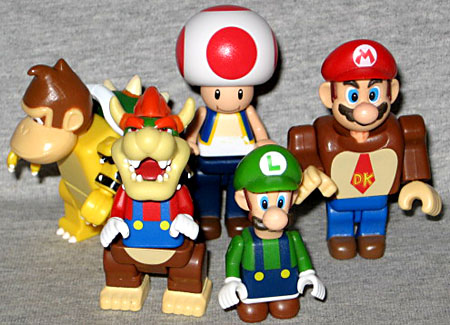 This time, there are seven characters instead of just four, and the casepacks are more sane. The only downside? They're blind bagged. D'oh! On the plus side, just like the earliest Lego Minifigure blindbags, there's a way to decipher what's inside. 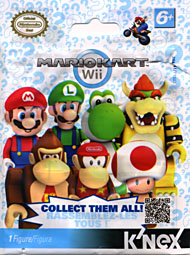 On the back, above the UPC, is a serial number. The number itself doesn't matter - it must refer to different batches or something, because it has no bearing on the figure in the bag. What you want to look for is a thin line beneath one of the numbers: that line tells you which figure is which.

Remember, it's not the number that counts, but the position in the order. Here, see if you can puzzle it out: which figure was in this bag? 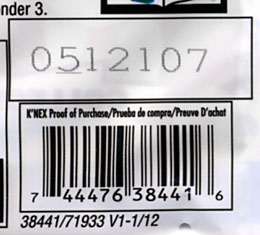 Here's a mnemonic device to help you remember the order:

Remember that sentence, count which number the small line is under, and you'll have the figure you want.

Look for the boxes in the same place as the last Mario bags: so TRU and Target, but probably not Walmart.

After a series based on Mario Kart, K'Nex is back with a series of New Super Mario Bros. Wii figures: 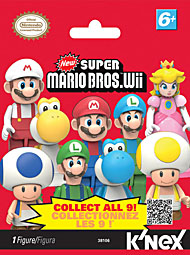 The bags are still coded, but this time it's a little more complex:

It's been a year since the original blind bags came out, and now there's a Series 2 of the New Super Mario Bros. Wii figures: 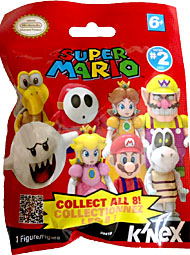 If you want a mnemonic for this series,
Medium waisted pants, double-knit suede blazer.

Series 3 trades in the tissue paper for clear bags, and the figures are ranked (on the side of the box) by rarity. 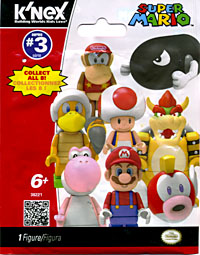 Cheep Cheep, Diddy and Bullet Bull are common, Mario, Toad and Yoshi are rare, and the Hammer Bro. and Bowser are elite. 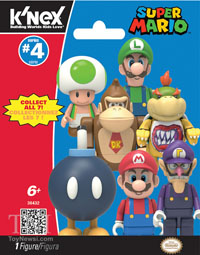 Looks like Series 5 doesn't have any double-underline nonsense, just single lines under the following numbers: 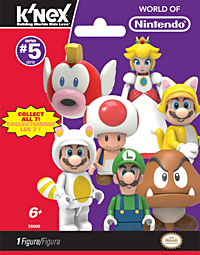 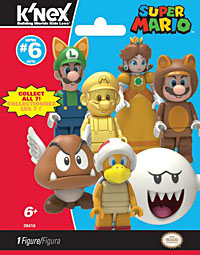 Boo and Paragoomba are common; Fox Luigi, Gold Mario, and Tanooki Mario are rare; and the Fire Brother and Daisy are elite. 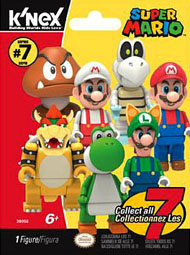 Yoshi and Bowser are common; Fox Luigi and Goomba are rare; Dry Bones and the two Marios are elite. 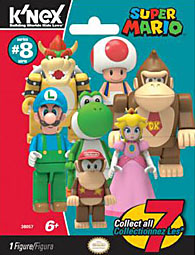 Toad, Yoshi and Diddy are common; Donkey Kong and Bowser are rare; Ice Luigi and Princess Peach are elite. 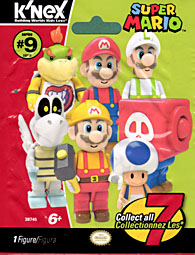 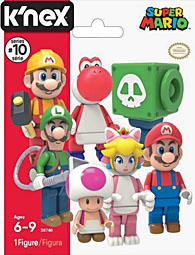 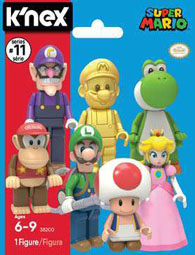 This entry was posted in codes, videos and tagged Mario. Bookmark the permalink.