This is the latest in a series (of indefinite length and regularity) of blog posts memorializing cancelled toys. Our figure today is ToyBiz's Husk.

Paige Guthrie, Cannonball's little sister, would have been part of the Generation X line, though how they planned to portray her powers in action figure form is a real head-scratcher: she can pull her own skin off to reveal new forms beneath. Not exactly the easiest thing to accomplish in plastic. This two-up just shows her in her Generation X team uniform, with no accessories to hint at what ToyBiz might have done for her (other than hopefully doing something about that receding hairline). 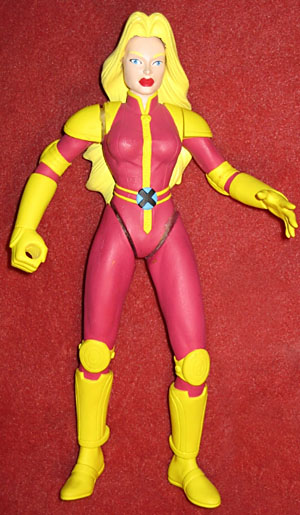 Husk would have been part of Series 3, along with several villains, but the line was cancelled after Series 2, leaving the team forever incomplete. Honestly, it's not surprising, because the generation X figures were rarely as good as the X-Men figures released at the same time, with less detailed sculpts and fewer points of articulation. The sculpt of the two-up definitely doesn't live up to Ron Garney's control art. 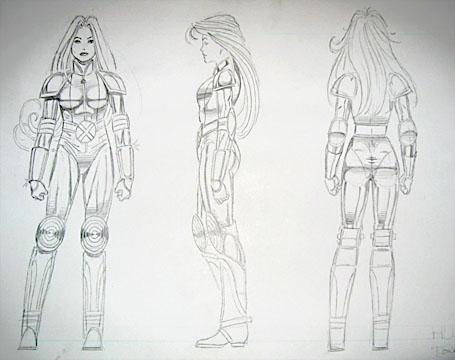 We're posting this today to draw attention: the artwork belongs to a collector named Tommy Garvey, and was stolen from his home in Orlando a month ago, along with many other items. So if you ever see any of them for sale anywhere, spread the word.

This entry was posted in cancelled toys, ToyBiz and tagged X-Men. Bookmark the permalink.