Today's review of the Black Series Jaxxon talked about how unsettling and off-model the figure's face was.

Here's how Jaxxon appeared in his initial story arc: 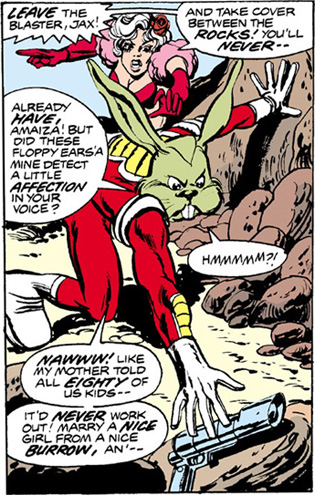 Here's how he looked in the comic that ostensibly inspired the figure: 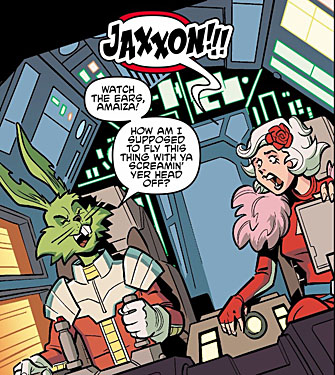 The toy's ghastly face, meanwhile, seems to be based on this monstrosity: 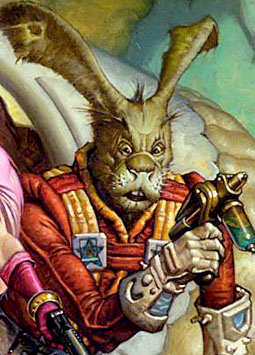 That's from the cover of 2001's Star Wars Gamer #4, which featured an RPG written by Pablo Hidalgo titled "The Starhoppers of Aduba-3." The adventure retold the events of the comic story and was the first time Jaxxon had been mentioned since 1978.

Allegedly Jaxxon stopped being used in the comics because George Lucas personally despised him; but Pablo Hidalgo is clearly a fan, and now that he's on the Lucasfilm Story Group, Jaxxon gets (a little) more respect. He's cameoed on the Forces of Destiny cartoon, appeared on a bunch of Marvel variant covers, and even got referenced in Clone Wars Season 5's "A Sunny Day in the Void." As a skeleton. Still, he's one of only five characters to have so far been re-canonized from the old Expanded Universe to the new Disney continuity, and that's pretty special.

This entry was posted in addendums, comics, Disney, Marvel and tagged Star Wars. Bookmark the permalink.