Originally, there were only two Sith: one master, one apprentice. Then it occurred to writers that in order to keep those numbers steady, there would need to be lots of backups: if an Apprentice turns on his Master and is killed, the master will need a new underling to slot into the hierarchy; that's how Darth Sidious had Darth Tyranus ready to go as soon as Darth Maul got cut in half, and then immediately started grooming Anakin to take over from Dooku. On the other hand, if you successfully overthrow your old boss and become the new Master, you'll need someone to promote right away; that's why Vader was training Galen Marek, Dooku had Asajj Ventress... heck, even Palpatine was already raising Maul before Dath Plagueis had died! 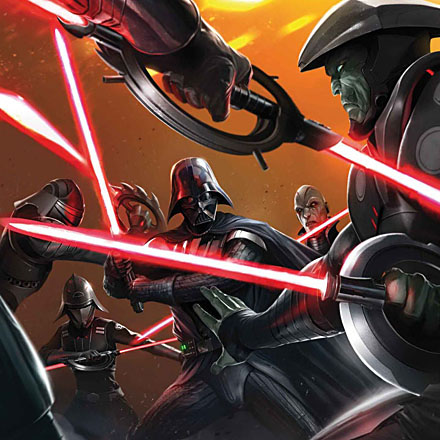 Anyway, having potential apprentices requires a pool of Force-sensitives to draw from, and Palpatine knew if he could control that pool, it would 1) keep Vader from plotting against him, and 2) give him plenty of spares in case "Robot-Lungs Skywalker" should go out of warranty. Thus the 1987 Star Wars Sourcebook roleplaying supplement introduced the concept of the Inquisatorius, a group of dark side adepts who worked for the Emperor as part of the Intelligence division. The concept was reintroduced to the new continuity in Star Wars: Rebels and expanded upon in Jedi: Fallen Order. The group is not trained in the way of the Sith, and their constant in-fighting and jockeying for favor keeps them from posing a threat to either Palpatine or Vader.

The original Sunbow GI Joe cartoon ended after GI Joe: The Movie in 1987, and the rights weren't picked up by DIC Entertainment until 1989. Since the cartoons tended to focus on characters and vehicles that were new, that left a noticeable gap in the lineup where all the 1988 releases would have gone.

Well now a fan has corrected this oversight, using the animated toy commercials to create a hypothetical Season 3 opening sequence:

The OAFEnet Email Update is proud to announce its new spokesmen: a bunch of two-foot-tall, unemployed chocolate candies.

END_OF_DOCUMENT_TOKEN_TO_BE_REPLACED

As mentioned in today's review, here is the evolution of the Owlbear's art.

As a reminder, here's the random drug store toy that inspired Gary Gygax to create an "owl bear": 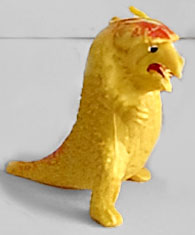 END_OF_DOCUMENT_TOKEN_TO_BE_REPLACED

As mentioned, the bio in today's GI Joe Classified Sgt. Slaughter review was not actually about that figure; we took it from the back of this toy's box. Fortunately, that was only the first half; here's the second:

END_OF_DOCUMENT_TOKEN_TO_BE_REPLACED

The OAFEnet Email Update does not understand what a "week" is.

END_OF_DOCUMENT_TOKEN_TO_BE_REPLACED 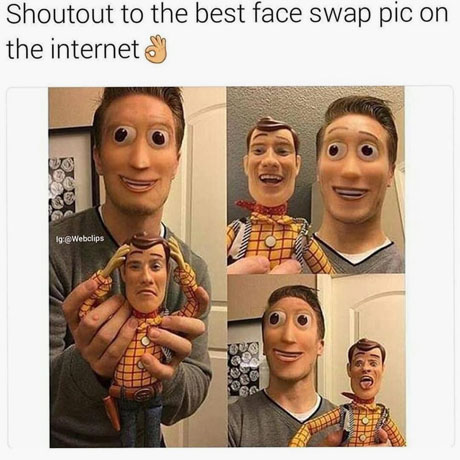