In today's review of the Movie Maniacs 5 Alien & Predator box set, yo compared the set to Kenner's Aliens vs. Predator two-pack. 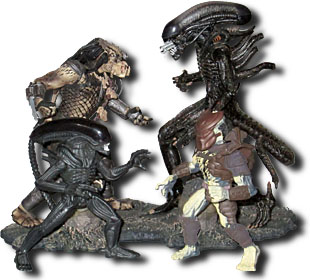 As a fun treat for you, here's the the mini-comic that came with Kenner's set, Aliens: Space Marines #13, "The Ultimate Battle":

Sometime in the future... 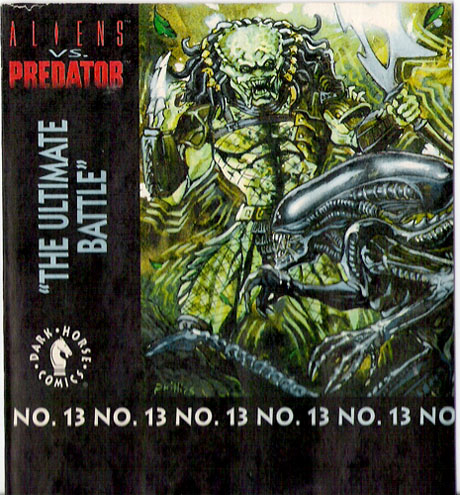 Vicious, gruesome, and deadly, the Aliens spit acid, and use slithering face huggers to capture their prey. Led by their sinister Queen, the Aliens are spreading across the galaxy, mutating into more deadly forms as they go.

From the other side of the cosmos comes a race of hunters, Predators, fearsome creatures who live for the pursuit and capture of deadly prey. Through cunning skill and sheer brute force, the Predators have hunted every deadly species known, but nothing else in the galaxy offers the thrill of a genuine Alien hunt.

Now, thanks to McFarlane, you can re-stage this battle on your own.

This entry was posted in addendums, comics, Kenner, McFarlane and tagged Alien, Predator. Bookmark the permalink.