Mack and Panda (of today's new review) aren't the only characters who could appear in ToyBiz's Legendary Heroes line - they were part of a whole publishing initiative from Dark Horse Comics, Blanc Noir.

Here's the piece that introduced the new world: 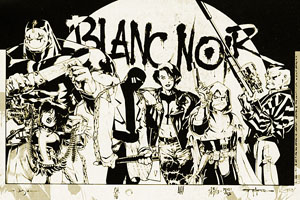 But what is Blanc Noir, anyway? It's the name of the newest creator-owned imprint from Dark Horse, presenting a diverse series of books from some of the most exciting talents in the industry, best known for their dynamic and high contrast art.

So in short, it was Dark Horse's... second? Third? Fourth? attempt to make their own version of Image Comics. All the books were created by members of the Atlanta-based Gaijin Studios (though most of the characters - at least rough drafts of them - had been previewed in the 1993 Creators Universe trading cards).

Here are some excerpts from the descriptions of the books planned to be part of the line, and the art for those that appeared in the card set: 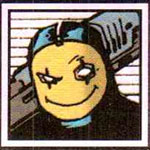 First out of the gates and currently on the shelves of your local comics retailer is Jason Pearson's Body Bags. Young Panda Delgado runs away from home to live with her father, Mack, and to learn the family business, but being just like dad means becoming one of the toughest, meanest bounty hunters around - a "body bagger." 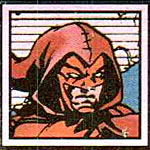 Next, The Heretic by Joe Phillips, provides superhero action with a supernatural twist. Terceron City is home to many murderers and manipulators - it's overpopulated, over-industrialized, and totally corrupt. One hero stands between the city and oblivion. A rogue from an ancient brotherhood of religious assassins, The Heretic has renounced both his murderous past and his ties to to the superteam Allegiance, following no code of honor but his own. 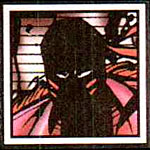 Coming in February, the action-thriller Brave by Cully Hamner, with inks by Jason Martin. A mysterious killer stalks the members of the Morricone crime family, creating terror throughout the Underworld. As he savagely hacks his way up the ranks of the Mob, he leaves one clue: the ominous message "be brave." 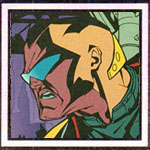 Maximum Velocity by Brian Stelfreeze and Karl Story shifts from backup to the lead feature in May. The techno-territory of Opolisk has cornered the market on enterprise, intrigue, and... assassination. Tracking the undercover assassins known as ripper jacks through the hyped-up landscape requires a detective who can be more unpredictable than his prey. 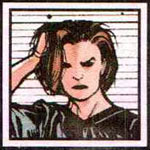 Finally, Adam Hughes gives us a look at the superhero life without spandex tights in August with his series, no one. Discover what happens when the Earth's greatest heroine faces the ultimate nemesis - and loses! Broken, defeated, and dying, she desperately wishes for a second chance... but sometimes, a second chance is the worst thing to get.

Five titles, four backups; full color, all thrills. Blanc Noir. It's not what you expect.

The gimmick of the books was that they'd each have back-up stories that would help to cross-promote everything. But there's one thing Blanc Noir had in common with Image: most of those solicited books never came out. They're still cool designs, though, so let's see them as toys.

This entry was posted in addendums, ToyBiz and tagged Legendary Heroes. Bookmark the permalink.