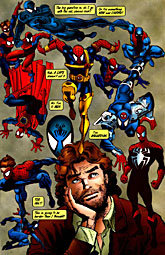 In today's review of the Walmart-exclusive Marvel Legends Scarlet Spider figure, we showed you that image to the right, featuring Clone!Peter daydreaming about his costumes. But have you ever wondered where his costume really came from?

Lucky for us, Marvel provided a behind-the-scenes look in 1994's Spider-Man Collectors' Preview. Alongside "news of the upcoming Spider-cartoon" and "a sample from the new Spider-novel" (and a feature behind the scenes at ToyBiz), the book included "Secrets of the clone costume" showing the work that Tom Lyle and Mark Bagley did: 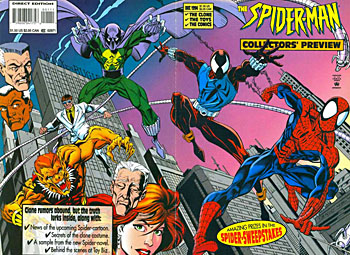 (Naturally, you can click on any of the following images to embiggen them.) 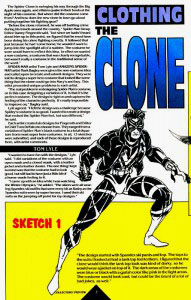 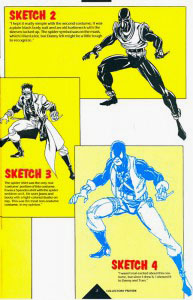 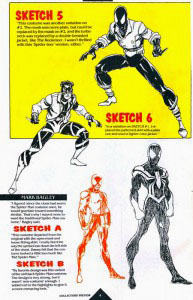 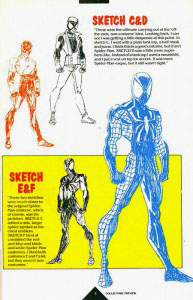 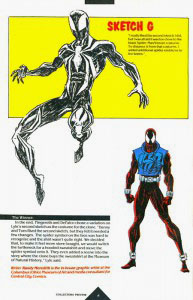 While Lyle's design is the one that won for Scarlet Spider, it's interesting that this also gave us our first, unheralded glimpse of the Bagley costume Ben would wear when he took over as Spider-Man. And Sketch G looks like it could have influenced the Iron Spider-Man suit, too.

Still no explanation why Spider-Girl is shown on the packaging, though.