Who is Preternia Disguise He-Man? 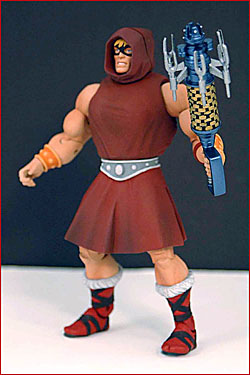 No doubt a lot of casual MOTU fans are wondering where the heck the recently announced "Preternia Disguise He-Man" comes from. The answer is the vintage minicomic "The Powers of Grayskull - The Legend Begins" (inked by Bruce "DC Animated Universe" Timm and lettered by Stan "Usagi Yojimbo" Sakai). I have to say, this is one figure that really needs to come with a reprint minicomic to be appreciated, and I hope Mattel has a plan for that - at the very least, they should have a nice version of the comic available on their site.

Until they do, we have a nice version of the comic available on our site. We got the entire comic from He-Man.org here, but their navigation between pages is atrocious, 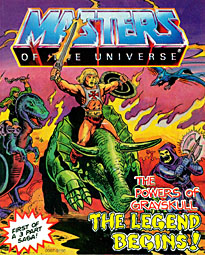 so we're mirroring it here, in proper order. I'll summarize it for those of you who don't want to bother.

He-Man and the Sorceress are hanging out in the Eternia playset Three Towers when He-Man starts wondering about the Towers and the return of the Snake Men. The Sorceress takes him to a magical portal, formed by the Cosmic Key, that lets them walk right into the past (I hope they keep a velvet rope around that or something - you just know Ram Man's going to wander in and get lost). They witness King Hiss tormenting some peasants. He-Man wants to help, but the Sorceress forbids him to interfere with the past lest he step on a butterfly or something. However, Skeletor sneaks into the Central Tower and crosses through the portal, quickly joining forces with King Hiss in hopes of changing Eternia's future for the worse. 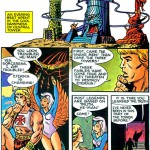 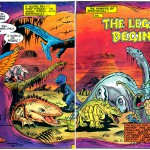 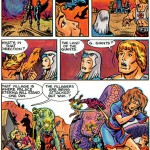 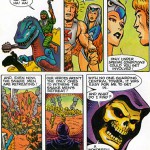 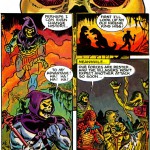 Now that Skeletor's involved, the Sorceress lets He-Man join the fray-but only once he's disguised, "for reasons that will made clear to you in the future" (I'm guessing this has something to do with He-Ro being his ancestor, but who knows). The Sorceress conjures a Bionatops and He-Man rides it into battle, but even as he defeats Skeletor, He-Ro (unnamed and seen only in shadow) appears and sends He-Man, Skeletor and the Sorceress home. When He-Man asks who the shadowy figure was, the Sorceress replies, "the greatest Sorceror [sic] of all!" "But who is he?" He-Man wonders, and the caption tells us to learn the answer, and more, in the next amazing issue of "The Powers of Grayskull." 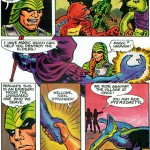 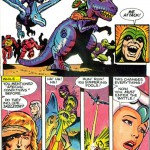 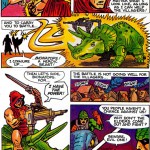 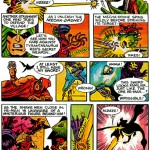 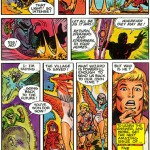 Sadly, that issue never appeared as MOTU was cancelled before it could be published, and it would be nearly 30 years before He-Ro was officially incorporated into a MOTU toyline.

This entry was posted in addendums, comics, Mattel and tagged He-Man, MotU. Bookmark the permalink.