Rustin's Spoils of the Week #50

Fifty editions of "Spoils of the Week" - who knew I had in me! Let's see, this week we have some delightful purchases from Thundercats, Star Wars, Predator and even the far off distant wilds of MattyCollector, from whence few shoppers are free from issues. Imbibe slowly and steadily, dear reader, for fear of a Toy Review Mind-plosion! 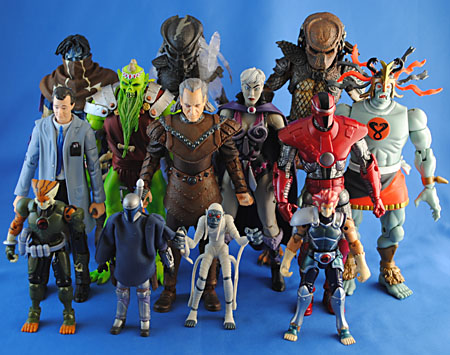 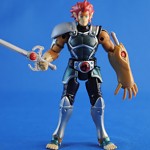 Inexplicably late January found half of my local Targets dropping the entire Thundercats line for 50% off. Confusing sure, but excellent cost savings! This is the first of the non-8" figures I've picked up and I must say they are just as good as they look - which is to say they're only okay. Lion-O is a neat modernized design, with plenty of articulation but none of it is added with an eye towards appearance. It functions well but the large pegs and uncovered screws just scream "half-assed." He comes with three accessories, big Sword of Omens, small Dagger of Omens and gold battle glove (in which the dagger can fit). "Fortunately," his hands are too open to hold the weapons, so thanks for that Bandai. All in all it's a figure with great intentions but weak execution. 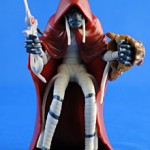 The only thing cooler than villains is super-powered mummies, hence the total ruleage of Mumm-Ra! This is the least-changed design from the classic era so that makes him even cooler to me. He gets a nice, emaciated, bandaged sculpt but with shockingly limited articulation (only swivel elbows, wrist and head). Included is his "evil" Dagger of Omens and "evil" battle glove, the former he can't hold and the latter is pretty tricky to put on. Most significant, though, is his removable red cloak, cast in soft, rubbery plastic. He can pretty much only stand while wearing it. It's seemingly par for course on this line - you just can't help note things that could easily be done to make it better. 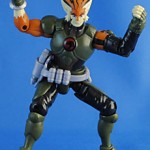 The only other character that survived to markdown is this guy, and frankly I'm none too upset because I won't be missing the other figures in the line after playing with these. Same volume of garish looking articulation as Lion-O and he comes with a holster/belt, a laser gun and a whip. The whip is a soft rubber so it actually can whip (and is pretty painful with some force behind it). It's actually more fun to play with than the figure himself which is why it's not picture - I've lost it from walking around whipping stuff with it. [Found it! --ed.] I haven't seen any of the new show, though I would very much like to, so I have nor real affinity for the modern designs and thus I feel even better about not getting any more of these. 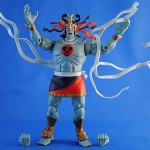 I'm shocked to say it, but I miss the 8" line after getting just one 6" figure! He's got pretty similar articulation as the bigger guys but none of it works as well or is as exciting. Certainly part of that is his firm skirt which completely neuters the hip and thigh articulation, but the biggest frustration is the ball-and-socket wrists. They are essentially just swivel joints. The sculpt and paint is all good, and even the plastic seems less shiny and cheap-looking. But what the hell is with the swoosh-y bandages? He comes with weapon-holding hands and they give us bandages instead!? Plus they're hard to plug into the back holes and only one will stay in at a time. The back has a third hole in it, a giant centered hex hole (probably for a cape or something) and all three have a clearly visible screw in it. It's just... I'm really just at a loss of words. This is the antithesis of the 8" line. That one was 10x better than it looked and this one is 10x worse. The execution of this figure is pretty much exactly why I was bummed to hear Bandai got the Thundercats rights. 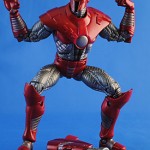 I found this guy at Ross for $4.99 - booyah, ridiculous modern-day prices! Much like Titanium Man from Series 1 this guy is in all essence a ToyBiz figure. A nice sculpt (probably with some part re-use) but I don't really recognize this armor. Am I just remembering poorly, or is this more modern or a "idealized" armor? At any rate he comes with a similar, if not identical, forearm attachable missile launcher for the kiddies. The balljointed head is pretty limited thus being more of a swivel cut, but everything else works just fine. A good figure to be sure, but nothing especially exciting or memorable. 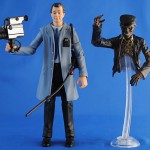 Okay, so the first of the 2012 Ghostbusters series is here, and having canceled the subscription one is forced to order day-of. Since I have a MotUC sub that means I had to pay for this figure to be shipped solo, which, in essence, means this figure did not cost $22 - he set me back almost $34!!! I'm one of the few remaining proponents of the line and even I can't justify that cost. They've killed the line. At the least they should offer a GB sub that just ships the figures, no bonus figures etc., with the other subs cause the only thing more ridiculous than this outrageous price is the idea they think people will pay that for the videogame Rookie character! Anyway, as far as this figure goes, we've gotten the "Ready to Believe" body twice already so nothing new there, except this one folds in the great Bill Murray likeness and completes that sub-theme of the line. He comes a big video camera, which has a nice sculpt and is a fun throwback to the '80s, as well as the same "air sensor" thingamajig that Ray came with. Great. He also gets the "Taxi Zombie" which is accomplished in a somewhat clever "half-man" approach. He's the only non-aethereal ghost in either film and while we never see below his torso it's implied he's a complete body, but this is a fine "split the difference" approach. The arms are cast in a dark translucent brown for a nice ghost-y effect. Overall another standard-for-the-line entry, but a welcome addition to the collection if not for the ludicrous pricing. 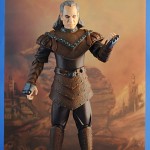 Viiiiiiiiiggggooooooooo!!! The Ghostbusters 2 uber villain arrives in all his Matty Mediocrity! A decent sculpt and paint. The likeness is just off enough to be annoying, but close enough that you know who it is. The articulation is more restricted than I had hoped so there's not a whole lot of pose options. He gets no accessories save for his painting, which is a neat idea. It's an 8½" tall lenticular card with Vigo in the painting when viewed from the left but gone from the front and right. As a cool bonus the back has the "Greek God Ghostbusters" painting from the end of the movie - nice. However... this is explicitly a line for "Adult Collectors" so what's the point of the lenticular card? You either want him in the painting or not for your display. I really would have preferred they do just a two sided carded, or better yet two two-sided cards for In-Painting, Out-of-Painting, Angelbusters, and Giant Floating Head versions. Oh well, it wouldn't be Mattel if it made sense or was useful. 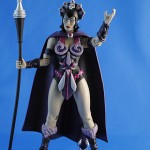 I know a lot of people are upset about this figure, but I'm okay with it. Of course I would have preferred a new, more-accurate torso, and it certainly would have been justifiable, but I guess, for me, the color change is good enough. She comes with two heads, helmeted and unhelmeted but I'm just not too crazy about the unhelmeted one, especially considering this is the so-called "Battleground" version of the character. The new cape is cool and would, like Keldor's, be fun to see repainted and added to other figures. She comes with a dagger and staff, the latter is easily warped in the packaging. It has interchangeable heads, one with a glow-in-the-dark ball and the other with a translucent purple one. A simple but nice variation. 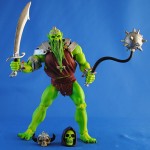 I had never heard of this character, understandably, until a year or two ago and, like most, I was pretty impressed when this guy was revealed at SDCC last summer. He lives up to expectations except for one thing, and I really can't decide how much it matters - rather than a pale green base plastic he uses neon green. On one hand he looked much cooler with the less vibrant prototype shade but on the other hand this is MotUC where bright colors dominate and the figure is cool, so... I tend to flip back and forth on how big of an issue it is. He comes with a super kick-ass sword and a very cool mace, plus a little viking skull (it can be used as an alternate head, but why would you?). The other big deal is the new Skeletor head. Not being a big MotU nerd it's not a super big deal to me but it is a pretty cool sculpt and will happily go on the spare Skeletor I have from the Mo-Larr set. 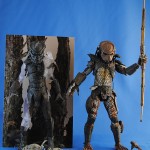 What can be said about this set that hasn't already been unequivocally stated? Masked City Hunter - must have and awesome. Camouflaged Berserker - unnecessary and fairly pointless. I will admit though that the B.P. gets about 200% cooler (so about 30% total coolness) once he's stood in front of his cardboard backdrop (which has a fold-able photo-frame-esque tab on the back). He's the only Super Predator I have but at least there is a gimmick to him. City Hunter is identical to the carded release so same strengths (sculpt, articulation, paint detailing) and weaknesses (why the hell does he have no base coat! The shiny plastic looks terrible). This comes with a human skull and spine as well as the City Hunter's glave. New to the set is a Super Predator Skull, the City Hunter's spear in both collapsed and extended versions and an alternate left hand for holding the spear. Basically between the City Hunter's mask and the two spears this set is a must-have for fans. I really would have preferred them include a right hand for the City Hunter rather than the human skull, and I agree that the Predators Falconer with new Falcon Drone accessory would have made a much better second figure and accessory (in lieu of the predator skull). This is just a damn tricky set in terms of its worth.

7 Responses to Rustin's Spoils of the Week #50