Who owns the world's most Legos? A US Marine.

At least, according to this article in The Daily Mail:

One ardent Marine has been collecting Lego sets from the age of five and has now accrued - and built - a staggering 1,091 Lego sets, which are proudly displayed in his home. 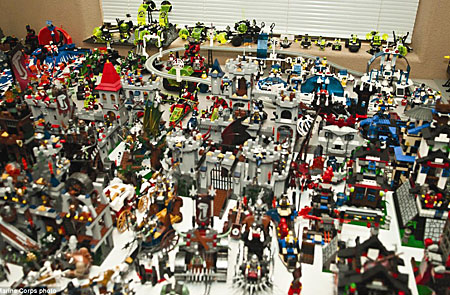 The meticulous hobby has earned Captain Kyle Ugone the title of world champion for the most completed Lego sets in a private collection.

Rooms in Capt. Ugone's house are full to the brim of Lego sets, which are separated by genre. There are sections devoted to space, others to trains, castles, architecture, and Star Wars. 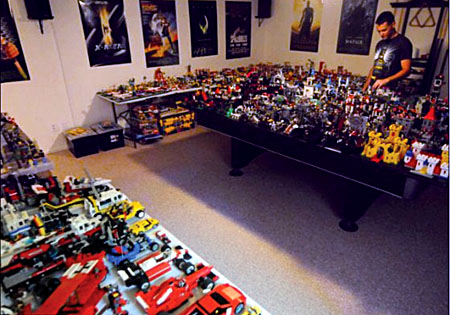 The Lego enthusiast first got the idea to go for the world record in 2009, after talking to other collectors online.

"I was talking to a guy who said he wanted to build every set Lego has ever made," Capt. Ugone said. However, some sets are incredibly rare. Others are available only in certain parts of the world.

After contacting Guinness, he discovered that no record yet existed for the most privately-owned Lego sets, but they required at least 500 for a record to be declared. 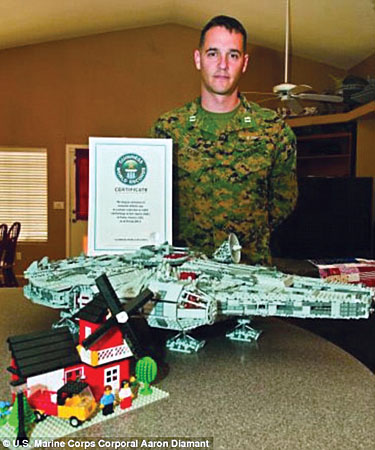 Mr. Ugone's latest hobby, he tells the American Forces Press Service, will most likely be restoring an old muscle car. In the meantime, he will slowly disassemble the thousand-plus sets to reclaim some of his space at home.

He's taking them apart? Noooo! Face it, building 1200 Lego sets is a ton cooler than restoring a car.

3 Responses to Who owns the world's most Legos? A US Marine.