It's ill-advised to pass judgment on a movie before it's even been released, so I won't say The Dark Knight Rises is undoubtedly going to be a great film. Of course, if one were to make an educated guess based on history, you might assume that the third installment of the Batman franchise helmed by director Christopher Nolan is going to be a good movie, since Batman Begins completely redefined the superhero movie genre, and The Dark Knight gave us one of the most memorable performances in film history in the late Heath Ledger's Joker. But until I see it for myself, I can't say for sure if it's going to be a good film or not. 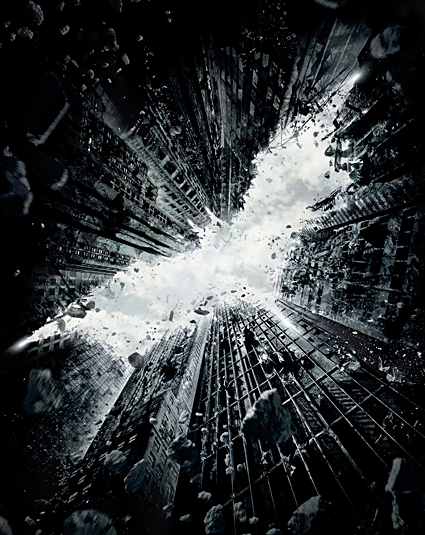 That doesn't stop fanboys across the internet from jumping at every chance to proclaim that the movie's gonna suck. Indeed, with such a universally enjoyable franchise there's bound to be a bit of a backlash, but the consensus that DKR is going to suck based on what information we've seen so far seems a bit premature to say the least, especially given that it's really unfair to pass judgment on unfinished material. For example, let's look at Bane.

When it was announced that Tom Hardy was going to play the hulking Bane, many were quick to shout that Hardy wasn't known for being much of a hulking brute. But then pictures of Hardy in costume emerged, and he had indeed packed on the pounds. Bane was quite intimidating. So now that fanboys couldn't really bellyache about Hardy's lack of muscle, they moved on to bitching about Bane's voice. 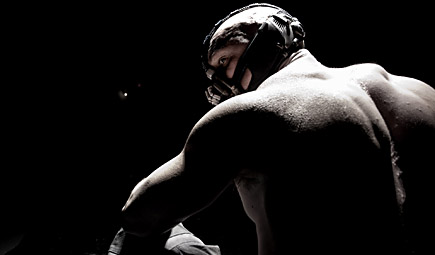 See, at some point some extras in the nosebleed seats of a football stadium recorded some poor quality footage with their cell phone cameras. It was supposed to be Bane addressing the crowd, but it was very hard to understand and the voice was admittedly quite strange.

However, as Bane is a masked character, you'd be a fool to assume that his voice wasn't going to get redubbed in post-production, so judging the voice by this alone would be foolish indeed. But that didn't stop people from endlessly parodying and mocking the voice...

...until some actual footage surfaced. This time, the voice had indeed changed, but now everyone was complaining that they couldn't understand what Bane was saying. Now, just because some footage had been released didn't mean the film was in the can, but the internet was once again abuzz with chatter about Bane's voice. In what may have been the best bit of director trolling since the last time Michael Bay opened his mouth, Chris Nolan stated that Bane's voice wouldn't be changed, and what audiences heard in the preview footage was the way he would sound in the movie.

Now, it's ridiculous to think that a movie would ever get released in which the central antagonist's voice was unintelligible, but don't tell fanboys that. The nerdrage continued, until finally some actual trailers came out with a lot of Bane dialogue, and it was all perfectly understandable. For anyone with a modicum of forethought, this came as absolutely no surprise, but for the fanboys who had been following the genesis of Bane's voice on the intarwebz, it was a sign that all their bitching had paid off and some of them actually claimed responsibility for getting the voice changed. Yeah, right.

It's kinda like the lead-up to the 2012 U.S. Republican Presidential nomination. Remember how in the beginning, everyone knew it was going to be Mitt Romney, but since there was a lot of time to kill, news outlets all manufactured interest in a series of "candidates" who never stood any chance of actually getting the nomination? Remember how we had to suffer through Michelle Bachmann, Herman Cain, Newt Gingrich, Rick Perry, and Rick Santorum, until finally it ended up being Romney, just like every sane person ever knew it was going to be? Same thing with Bane's voice.

[Except obviously The Dark Knight Rises is way more important than the 2012 U.S. Presidential election. --ed.]

This entry was posted in addendums, commentary and tagged Batman. Bookmark the permalink.