Well, Toy Fair is over, and you know what we (yet again) didn't see this year? Xevoz! 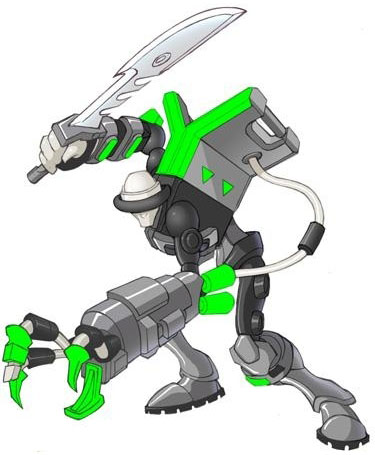 That happy-looking fellow with the giant backpack is the Neo Sapien "Netgeist," which we know because he made it so far into the production process that they'd even put his packaging together: 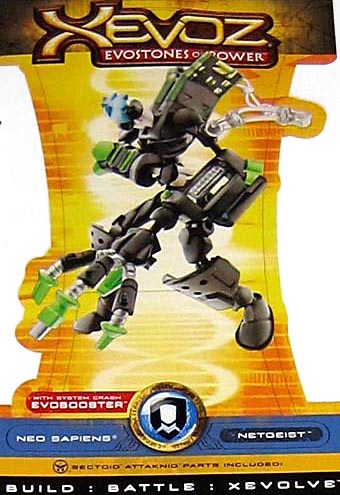 He's a leather-clad hacker, basically making him the Xevoz version of Neo.

A panel on his giant mechano-glove would have flipped open, revealing a screen and a keyboard for on-the-go hacking. One of his heads would have had spiky blue hair and big black glasses, the second would have had slick black hair and angled glasses (because, again, The Matrix), and the third would have a big ring around it, probably supposed to be some kind of Lawnmower Man virtual reality visor. He's got absolutely massive kneepads, because you tend to fall over a lot when you're paying attention to your pocket supercomputer instead of looking where you're going, and all the translucent green complements the black nicely.

We also got to see the back of the packaging, and while the images are too small to make out the biographical text up in the corner (other than the bit that translates "Hose Head"), there's still some info to be gleaned. It looks like Xevoz were going to be getting into the BAF game: as you see on the front, it says "Sectoid Attaknid parts included," and the back shows some of said parts integrated into the figure (including the "retractable spider tail!"). So it seems that if you bought the entire range, you'd end up with a bonus character! Too little, too late, sadly. 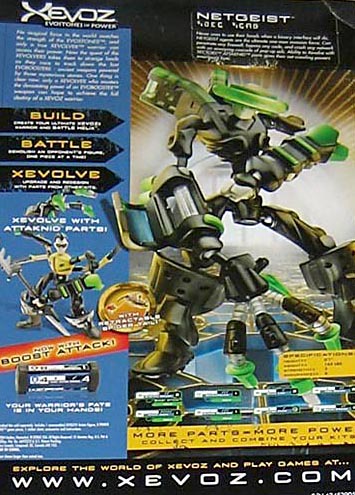