In today's How to Review Toys the OAFEnet Way column, I said that things like comicbook and videogame are one word, which (surprisingly) is the thing most people seem to be taking issue with. Not my bald-faced bragging, not the denigrating of British grammar, but comicbooks and videogames. So why do we use that style, instead of the quote/unquote "proper" way?

It all goes back to Stan Lee.

In a similar vein, this is a videogame: 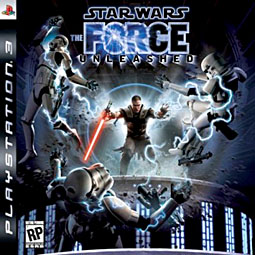 And this is a video game:

As you can see, they're not the same thing.

And if you think that it's wrong to change standardized grammar just because you decided to, consider that "teenage" and "teenager" were officially "teen-age" and "teen-ager" until 2009, and that bullseye is still properly spelt "bull's-eye." Official rules always lag behind real-world usage, and so we're doing our part to help set the improved standard. That's why we always spell it comicbook. In Stan Lee's own words, "Anybody who writes comicbook as two words is no friend of mine!"

This entry was posted in addendums, comics, commentary, videos. Bookmark the permalink.