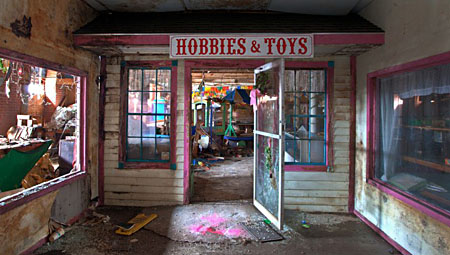 This nightmare factory is The Toy Loft in Danielson, CT, and judging by the state of the place, it probably closed down circa 1853, right? 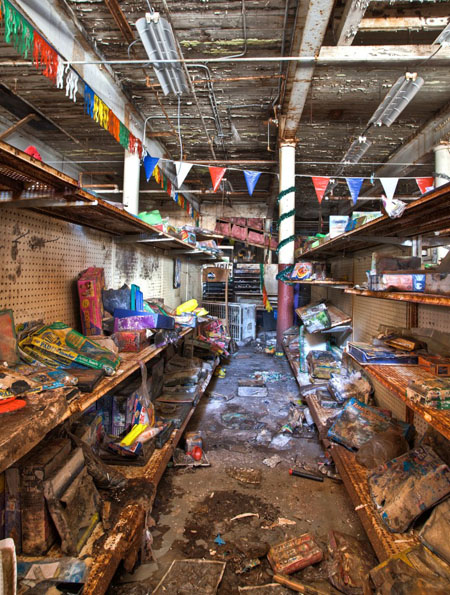 No, apparently it was closed in 2007, and the disrepair you see today is the result of water damage. The place used to have a mini golf course, a Laser Tag arena, and much more, making it less of a "toy store" and more of a "fun-themed strip mall." And yet now, half a decade later, it looks like the setting for the next season of American Horror Story. 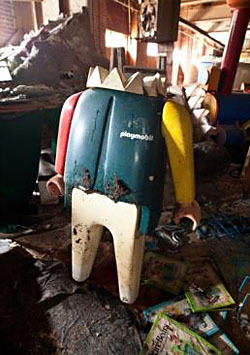 Fittingly, Danielson is just a borough in the town of Killingly. "Killingly: come for the murderous name, stay for the haunted halls where children's laughter used to sound."

This entry was posted in Playmobil, random. Bookmark the permalink.