We're Back! And no... not animated dinosaurs - collectible action figures and toys! A lot has happened since we last talked. Funko's first series of Legacy action figures snuck out and are way better than I expected. We've had (phenomenal) teasers for both Godzilla and Guardians of the Galaxy released. Most importantly though - Toy Fair 2014 has come and gone. Lots of great things were shown, lots of weird things were shown and disappointments were shown. All in all, though, it's shaping up to be another excellent (and expensive) year in collecting - so let's get to it! 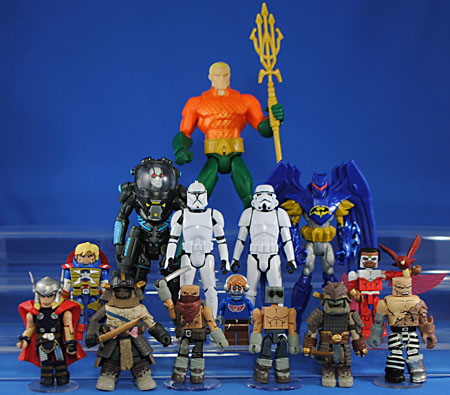 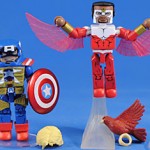 Insanely this is the first time they've done Falcon. My only gripe with this guy is that he has a goatee, which is not how I know Falcon. It would have been nice to have an alternate head for him sans facial hair. Especially since that would have helped justify a double dipping on the set since Cap gets an alternate hair piece. I'm sure the head wouldn't cost out since Falcon comes with a great pet falcon (why doesn't every "animal" hero had a pet of their namesake?) which can fit on his arm, though sadly not stand or perch on its own. Cap is cool for "yet another" variation. The bulky vest is not removable due to fully sculpted straps (seriously - how did they get this on him?). The vest also has a peg on the back for his shield, which is pretty cool, though this, of course, means in that configuration his left wrist has peg protruding from it. 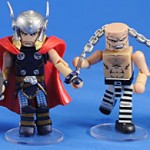 My second favorite thing in Minimates is a two-pack that has alternate looks for both characters, and this set not only does that it does so by doing my third favorite thing in Minimates - repainting existing parts! Thor succeeds in being "kind of just different enough" while including alternate armored and bare arms - pretty cool, it's just a bummer that each section of bare arm was cast in a slightly different shade of "caucasian" giving a semi-patchwork look to him. Absorbing Man is just... everything I could possibly want from an Absorbing Man figure! This is a very welcome update from the Series 5(!) release with a normal 'mate underneath well painted bulk-up parts. Seriously. Love this guy. I was thrilled this series was on sale so I could easily afford to double and have a figure for both looks of each character! Thank you Toys R Us and a bigger thank you to DST! 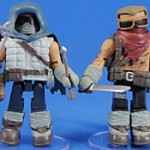 The first of the TRU exclusive Tomb Raider exclusives is appealing in its different-ness (as well as, predominantly, it's exclusiveness). I know zilch about the game but these guys do look pretty cool. The Scavenger has a cool pseudo Grifter look with his red kerchief and bronze goggles. His bandolier/belt is non-removable, due to the belt being too tight to get over the shoulder peg. On the upside, though, his machete fits perfecting in a loop on the left side of the belt. Both figures get this cool new bandaged hands. The Archer has an even cooler fully-wrapped head. Plus his vest and hooded cloak are separate pieces and both removable with a fully painted chest underneath. The hooded cloak is particularly neat and I can see it easily getting reused for other figures. He also comes with three arrows and the quiver has space for one and there is a clip on the bow for another. 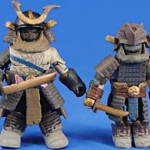 Oh man is this a cool set. The "Storm Guard Stalker" is the big bulky dude and he's pretty bad-ass. I love the samurai armor here - the sculpts, designs, colors and paint just mesh excellently. He comes with a big 'ol sword too. The Storm Guard though... man this guy is flippin' gorgeous. This may well be my favorite Minimate of the year! The armor... the colors... he's just awesome looking. I know my first favorite thing in Minimates is limited or now sculptural piece/detail but come on - just look at this guy! Plus, the chest armor is a paint app, which help maintain a slim look and flexibility in the pose. The only downside with these guys are that their feet can't fit the pegs on the bases (come on, DST, whats going on here?). Regardless this is a great looking set and is highly recommended! 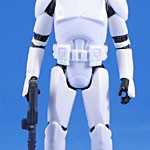 I will confess a distinct enjoyment of the Episode II clone armor, so since they had this guy I just couldn't help but buy in. Being just white plastic with minimal black paint and only the basic five points of articulation he is nothing to write home about but if you accept those limitations he's pretty solid. Plus a gun; though I wish he came with the signature rifle these guys carried. 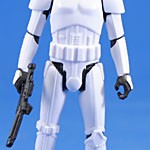 Functionally he's just like this Clone Trooper, but is primarily saved by being both Classic/Original Trilogy and a cool character. I've read that this S.O.B. is packed at one per case, because Hasbro is... I don't even know anymore. Maybe they're a shell corporation for the mob and are purposefully directed to do well but not do great, lest they attract too much attention from the IRS. This is figure you always wish you had as a kid and it is great within the confines of what it is (minimalist paint and articulation). I really, really, really, hope Hasbro does, like, a "bucket o' troops" for this line since all the (good) Imperial troopers are a dominant color with minimal paint and thus cheap to make. This style is a bream for armybuilding - I want a hundred of this figure to stand in review for the Emperor! In fact, that's actually really how these bozos should go after the collector market - making figures in this style means we can get affordable and plentiful troop filler for the Imperial Review and Rebel Ceremony displays! 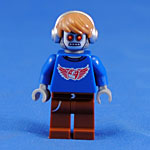 Oh MAN! How amazing, daresay awesome, was The Lego Movie!?!? It insanely managed to deliver every conceivable thing I could want from a Lego movie and managed to be a good movie on top of that! This guy was a giveaway at AMC Theaters and is a pretty fun guy. He gets about 2 seconds of screentime (and a line of dialog!) but who cares? The hair is a nice repaint of the existing DJ guy, this is only the second release of the piece and is also a different hair color than before too, and can be fortunately be used on any other minifig. Plus a neat winged brick logo on his shirt and a hipster wallet chain printed on his leg. This is an excellent premium and just a plain cool minifig too! 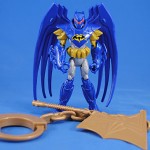 Look, bro, I'm just a damn sucker for Azrael Batman so I was pretty jazzed with they revealed this guy. Like the Star Wars above, if you buy the ticket and take the ride, this is a pretty good figure. Considering what it is the sculpt is darn good and while the only paint is the chest logo and "eyes" there is enough variation in the (soft) plastics to keep him visually interesting and recognizable. Plus - nine points of articulation (hinge joints at the elbows and knees - though a good ball-and-socket head would have been much cooler). At the same price point as the SW figures... oh, and there's a giant multi-piece accessory too. It's actually two pieces, a huge axe and a pseudo "handcuff" with an opening-and-closing piece to apprehend baddies plus a rubber chain coming it. The base of the axe can plug into the end of the chain and the axe head clips on to the back of the "handcuff." Sure it's a big, silly, dumb accessory for the figure... but as a toy on it's own? Honestly it's fairly fun to play with just as a toy - so that's like a double win on this figure! 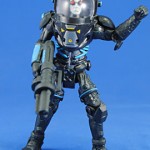 Mr. Freeze is one of those characters than I love and buy just about anything so it was no question that I'd be picking up this mediocre design from the Arkham games. Honestly, he was better than I expected with more paint, articulation and range of motion than I would have given Mattel credit for. At $10 though he's still no competition for the 4" SW "Black" figures so check and mate, says Hasbro. Sadly/surprisingly the visor is not removable so I'm stuck with a slightly looking left left Victor. The freeze gun is... also included. All things considered though, I think I prefer this figure, though, to the DC Direct version. 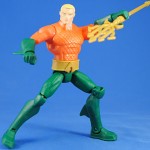 I guess most folks were upset about this line but I'm all for it - especially at a very reasonable $10 pricepoint! Hell yeah! Stylized sculpts can easily misfire but finally Mattel has found an aesthetic that actually works and I quite like. My beloved Aquaman gets a unique head, finned forearms and calves and a partially scaled torso. I dig it all! Articulation is also pretty good too with 14 points; the only thing that would significantly improve this figure is rocker ankles. Most coloring comes from the plastic, which works well for this costume and is actually the highlight of the figure. I'm obsessed with the semi-pearlescent orange of his shirt. I'd love to a re-release with the green done in a similar style, and I think GL, Cyborg and Superman could benefit from it too. All that and a trident! This is just a great toy. I'll cherry pick this line but based on this figure I'm going to get a lot because I really like what they're up to here.
(Check out Rustin's full review of Aquaman)