Jack: You should know this one. Who are these people and what show are they from? 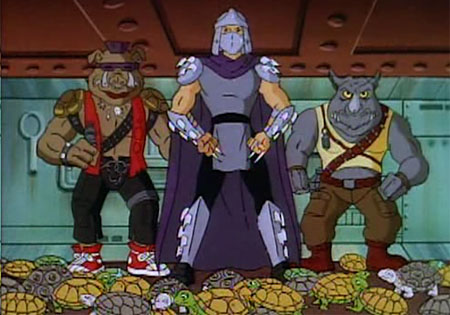 Erin: Are these the Mutant Ninja Turtles before they became mutants?
Kayla: They're villains, and enjoy crushing turtles. And they're from Growing Pains?
Jack: Erin, you got your second semi-correct answer! Kayla, you are still like 0 for 100.
Erin: This is like a weird mix of The Lion King and Sparta. How do they characters even fit together? You have real animals, human animals, and humans. Like pick a fucking topic.

Jack: OK, who is this person, what show is he from, and what is his deal?
[Editor's note: It’s difficult to capture the feeling in the room here, but at this point, Kayla and Erin lose their fucking minds about Krang for some reason. Like they have never seen anything like it in their weird, short, mostly TMNT-less lives.] 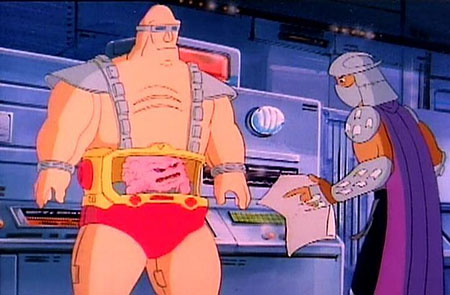 Kayla: TINY ARMS
Erin: This guy is my next boyfriend.
Kayla: THUNDA THIGHS. Who you calling pinhead?
Erin: OK, wow, I am getting flustered over here.
Kayla: *fans self*
Erin: This is Lifeguard Luke, he is good.
Kayla: And the little meatball inside of him is his spirit guide.
Erin: He's wearing his speedo so he can jump in the pool and save people and you can see through his stomach so he doesn't try to swim after eating and get cramps. 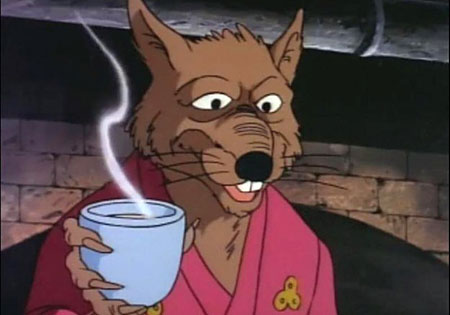