In today's review of Icepick and Sgt. Chaos, we said that Hasbro had released bios for the Human Alliance characters on their Facebook page. But more than that, they released them in the form of GI Joe-style filecards! Here's Sgt. Chaos': 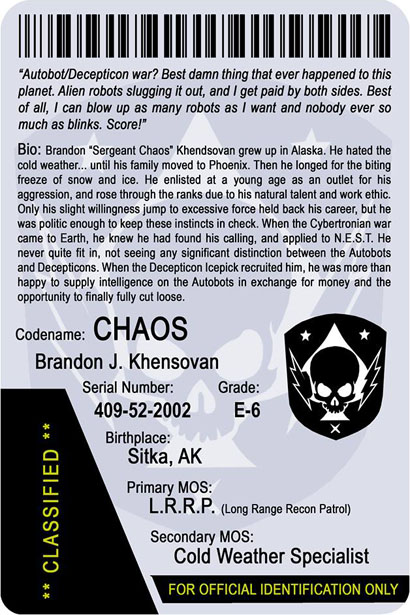 That symbol on the right means he joined Cemetary Wind, the asshole military guys from Age of Extinction.

Here are some of the other characters we've reviewed (click on the filecard to embiggen, or the figure to go to their review): 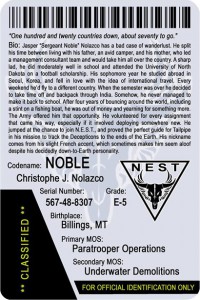 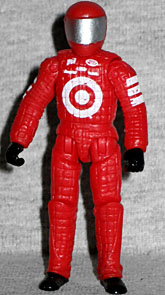 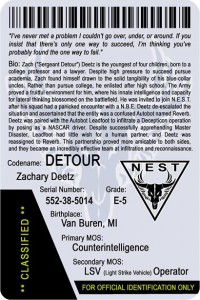 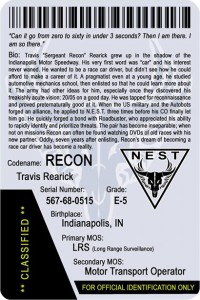 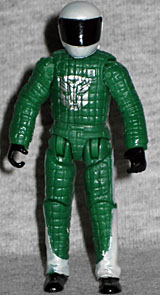 As for the rest, here are four new characters:

And three who each homage Generation 1 in different ways:

That's a lot of fun!

This entry was posted in addendums, Hasbro and tagged GI Joe, Transformers. Bookmark the permalink.