The fight between Batroc and Tarantula took place over two issues in 1992, starting in Punisher #69, part of a story titled "Eurohit." Basically, Frank Castle went to Europe to kill a bunch of comical national stereotype mobsters that would make even G Gundam proud. The entire time, Batroc kept showing up and tussling with Frank before escaping again. Eventually, Tarantula ended up on Punisher's side somehow, so the two kicking-based martial artists faced off inside a high-rise building: 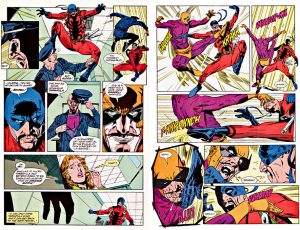 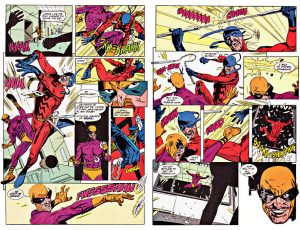 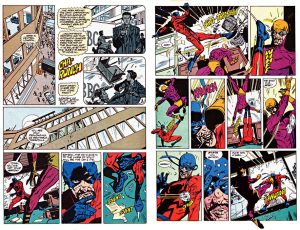 (Note that this arc also makes Batroc one of the few villains to cross paths with the Punisher and survive.)