This time we're doing something unique - an entire series of toys, rather than just one actor! Click on the numbers at the bottom of the page to see all six figures. 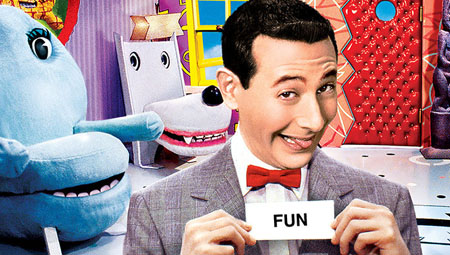 Paul Reubens is best known for playing Pee Wee Herman, and has even received some toys from that character, but he's also had small roles in lots of other films, including The Blues Brothers, Batman Returns and Buffy the Vampire Slayer. But today we're concerned with the forgotten 1999 comicbook film Mystery Men, where Reubens played The Spleen. 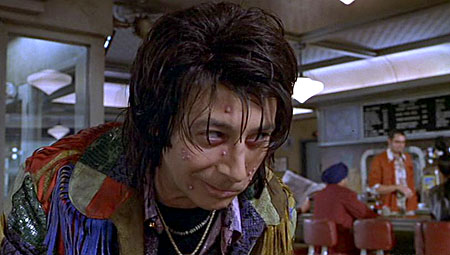 Mystery Men was based on characters that appeared in Flaming Carrot Comics, and was shot using sets from Batman Forever. The "heroes" were all total weirdos, including The Spleen. As a result of prolonged exposure to a poisoned environment, the Spleen is gifted with the power of toxic emissions. Don't get on his bad side. 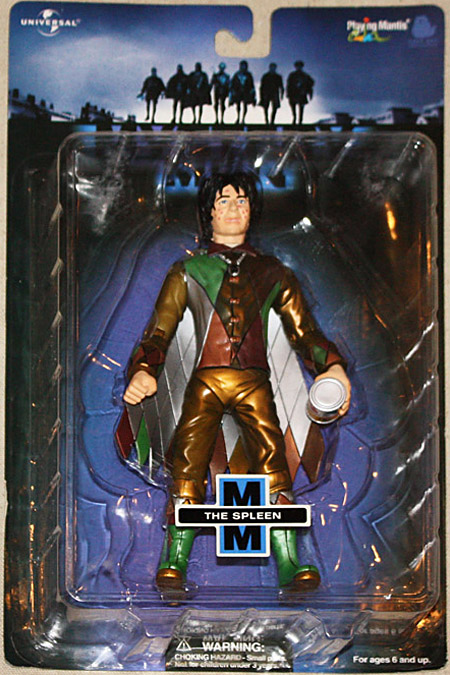