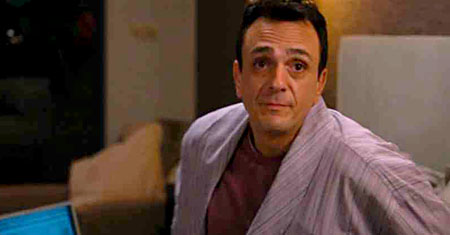 Even if you don't know Hank Azaria's face, you still know his work: he voices approximately 40% of all the characters on The Simpsons; not "40% of the main characters" or "40% of the males," 40% total. Carl Carlson, Supernintendo Chalmers, Kirk Van Houten, Cletus the slack-jawed yokel, Chief Wiggum... and dozens more. He was initially brought on to the show to replace Christopher "Cobra Commander" Latta as Moe Szyslak, but they kept bringing him back to do more and more voices, and by the second season he'd been added as a permanent member of the cast. But he's also had roles several large films, including Mystery Men. 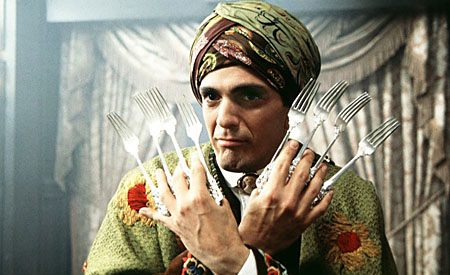 A gifted marksman, the Blue Raja’s fork-throwing abilities have been honed to lethal perfection. Dinnerware was never so deadly. 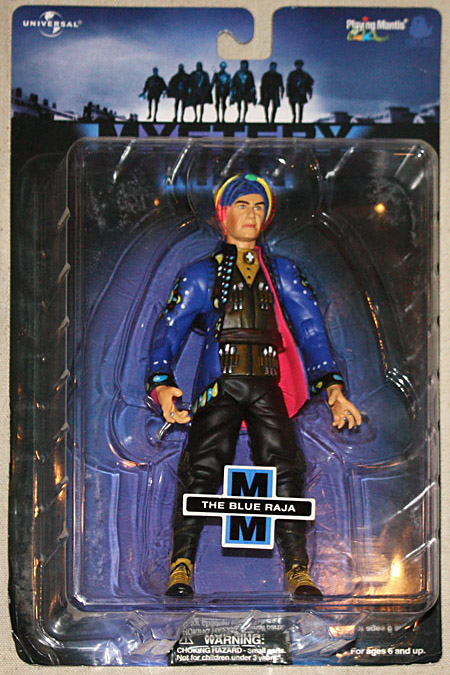