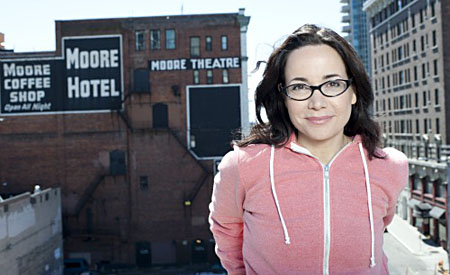 A stand-up comedian and Gen X icon, Janeane Garofalo is the answer to "what would happen if Daria grew up?" She was a castmember on The Ben Stiller Show and has appeared in numerous films, often in bit parts, but what's more interesting are the roles she didn't get: she missed out on the lead in Jerry Maguire that then went to Renée Zellweger; she turned down the role of Gale Weathers in Scream, because she thought the movie was too violent; David Fincher wanted her to be Marla in Fight Club, but she found the sexual content to be too weird. But she did get top billing for Wet Hot American Summer, and voiced Colette for Ratatouille. 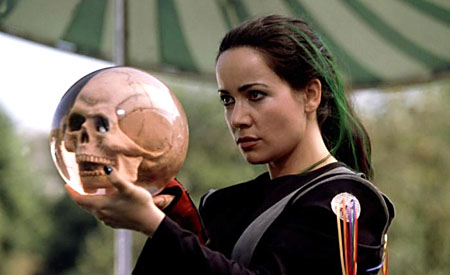 However, it was her role as The Bowler in Mystery Men that saw her cast in plastic. As a child, the Bowler's father was killed by vicious gangsters. Motivated by a personal vendetta, she uses her psychic bowling ball to strike against crime. 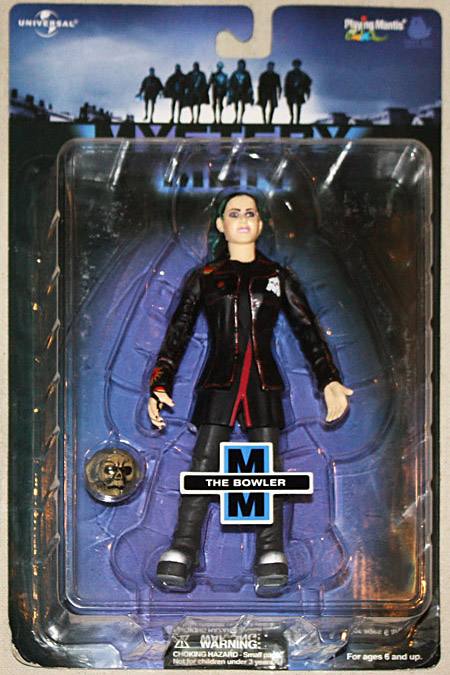 Mystery Men was not a very good movie - the point of the comic was that these total oddballs were set against a perfectly mundane, real-world environment, but the movie put them in a world as crazy as they were, so they failed to stand out. However, it did manage to give us a toyline featuring six of the unlikeliest actors around.