One of our readers found this awesome thing and brought it to our attention. It's a handmade display/playset ("displayset"), sort of the equivalent of a dollhouse for action figures. 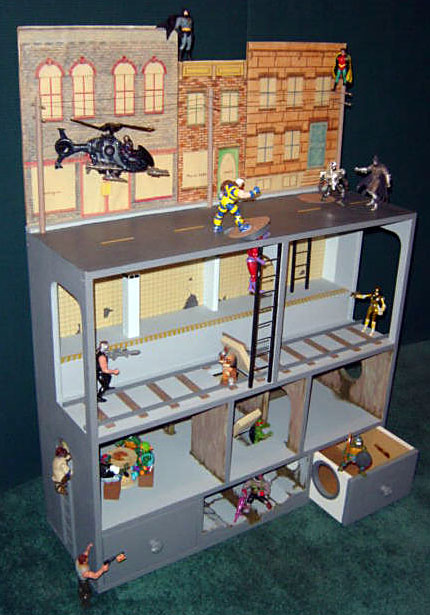 The backdrop is drawn in lineart, ready for you to color however you want. The upper level has telephone poles with wires and opening manhole covers. Ladders lead down to the subway platform and the tracks, where a hatch opens to reveal another ladder that will take you to the sewers. The sewer has round cutouts at each end, and ladders outside that. A grate in the middle opens up for access to the lowest level, which has another sewer receding into infinity, and two storage drawers that have pipes the figures can crawl through. 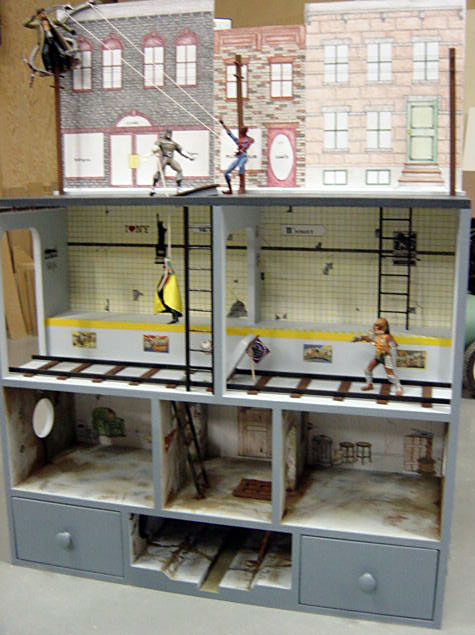 Imagine how floored you would have been as a kid to have something like this! It looks sized for 5" figures, so anyone who had this in the heyday of TMNT and ToyBiz's X-Men lines would have been the king of the neighborhood. 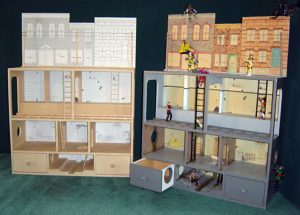 If you simply must have an action figure city for your larger figures, head over to the maker's site and get in touch with him - sizing it up a little would probably be pretty easy!

This entry was posted in customs, random. Bookmark the permalink.