This is the latest in a series (of indefinite length and regularity) of blog posts memorializing cancelled toys. Our figure today is Hasbro's Fugitive Waspinator.

Fugitive Waspinator would have been part of the Transformers Animated line, a straight repaint of the existing Bumblebee mold done in shades of green, with translucent purple plastic. 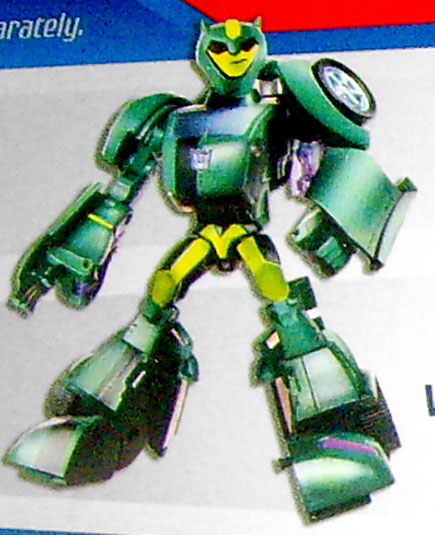 The figure was seen in the cross-sell art on a few packages, but the line ended before he went into production. There wasn't any room in the budget to design him a new head (that cash went to Ironhide, instead), so there was no reason for Hasbro to push to get him released, the way there was with some other unreleased figures.

This entry was posted in addendums, cancelled toys, Hasbro and tagged Transformers. Bookmark the permalink.