The Pythona that almost was

In today's review of the GI Joe Collectors' Club member incentive figure Pythona, we spoke briefly about the character's introduction in GI Joe: The Movie and the fact that she didn't get an action figure. But she almost did: 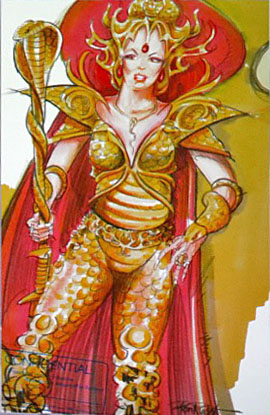 Given the timeframe, we can tell this wasn't the movie character - it was just a reused name. But look at the design elements: 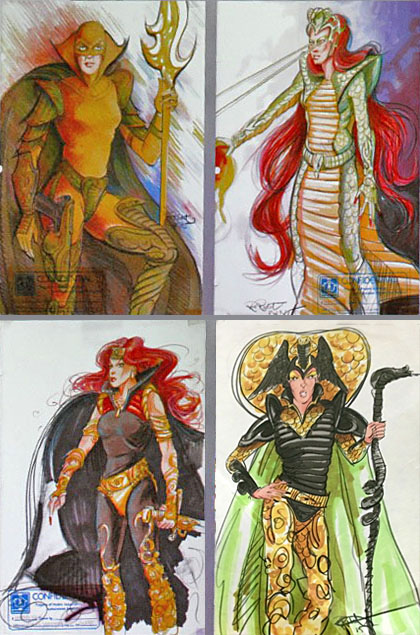 Golden scales, big capes, the giant collar, the snake staff... this is the character that eventually became Serpentor! Isn't that wild? The Cobra Emperor was almost a Cobra Empress. Clearly when that idea changed, the name was simply recycled for the movie.

5 Responses to The Pythona that almost was