Unlike the vintage Sky Lynx (which was made of molds leased from the same company behind Omega Supreme), the Generations "Combiner Wars" version can't split into two components - he is not a bird and a cat, he is only a birdcat. But if you're willing to play around a bit, you can find a decent approximation of a standalone bird or a standalone cat. 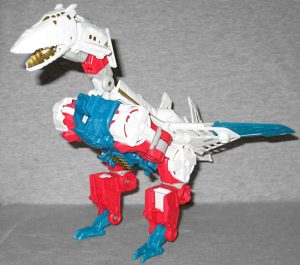 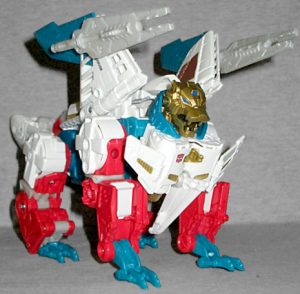 Sure, neither of them is as uniquely divergent as the ones in the '80s, but for fanmodes, they're not half bad!