McFarlane Toys heads on down to South Park

In some alternate reality, "Todd McFarlane is making South Park toys" would have been the biggest news item of 1999. But in our world, they're both brands whose best days are at least a decade behind them. Maybe that's why they've finally teamed up: 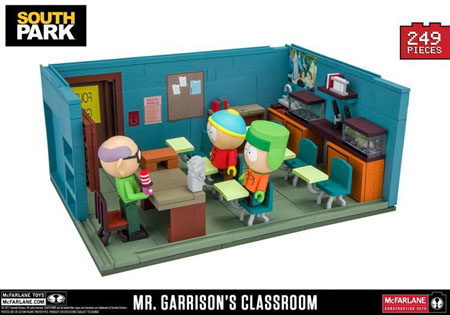 Yes, it's just the Lego knockoffs, not real toys, further adding to the disappointment of anyone who's been in a coma for nearly 20 years.

This entry was posted in commentary, McFarlane and tagged South Park, Toy Fair 2017. Bookmark the permalink.