In conjunction with today's Blue Lion review, here's the official profile of its pilot, Lance: 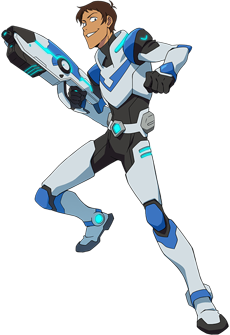 Lance is all about having fun, even a million miles away from Earth's comforts and distractions. Full of confidence and even more full of himself, Lance thinks he's everyone's best friend, especially if they're cute and female. While his cockiness often gets the better of him, it comes in handy during firefights against bigger and better opponents.

The '80s Lance was a sarcastic jerk; the modern one keeps some of that, but tones it down to a more likeable level. In the original Japanese show, the character's name was Kurogane Isamu, nicknamed "Moody."