Look, it's a pretty girl! 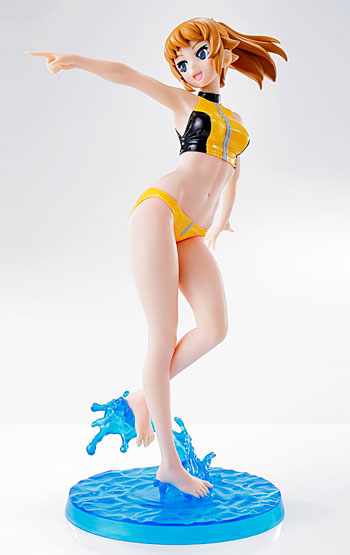 That's Hoshino Fumina, from Gundam Build Fighters Try, the sequel to a series about people making plastic Gundam models battle each other for fame and glory, which sounds like the greatest property since G Gundam. She doesn't normally wear a swimsuit, that's just one of those sexy anime girls statues.

But there's something different about it.

This statue is part of the Figure-Rise Labo line, and Bandai is really trying new things when it comes to injection-molding. For instance, to best capture the look of real skin, they're molding the pieces in stages, with a red core and semi-translucent pink above that. Which is a neat idea, but ends up giving you things that look like they came out of a serial killer's work room: 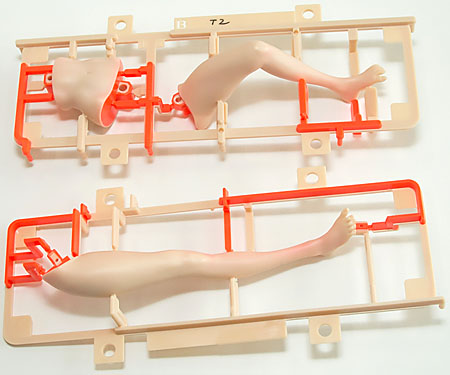 Here's a step-by-step, showing how they build up the head: 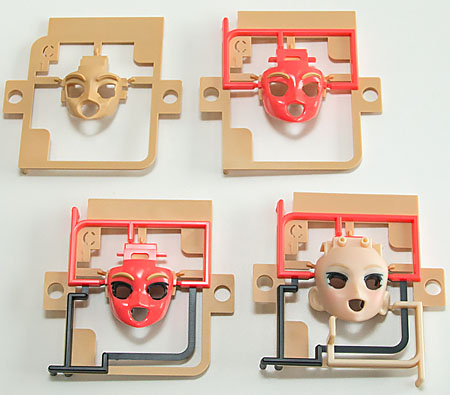 Because nothing says "wholesome leisure-time activities" like a skinless, screaming face.

This entry was posted in Bandai and tagged Gundam. Bookmark the permalink.