This is the latest in a series (of indefinite length and regularity) of blog posts memorializing cancelled toys. Our subject today is Just Play's third series of Madballs blind bags. 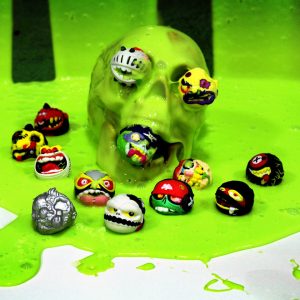 The official Madballs website has, for more than a year, promised a third series of the blindbagged mini-Madballs "coming in 2018." 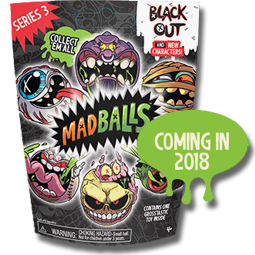 It seems pretty clear by now that that's not going to be happening, so let's take a look at what we're not getting.

The image above is the only photo of the physical toys, but here's the art of the characters:

While the series has not been officially cancelled, and Just Play keeps teasing their existence, the odds they will eventually be released appear to be very slim. Though we'd love to be proved wrong.

There's just something about this property that makes it impossible for anyone to break the "two series" mark.

This entry was posted in cancelled toys and tagged castle, Madballs, Pirates, wrestling. Bookmark the permalink.