This is the latest in a series (of indefinite length and regularity) of blog posts memorializing cancelled toys. Our figures today are the other Gen13 figures that were planned to come out alongside Fairchild.

In order to promote the line, WildStorm Action Figures distributed a special variant edition of Gen13 #1 (officially dubbed the "Toy Fair Special") with a unique cover and an ad for the toys on the back: 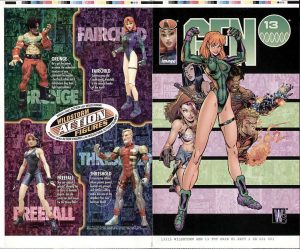 The inside featured more images, as well: 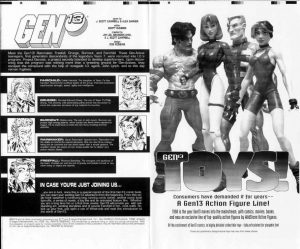 Given the general quality of Fairchild, as well as what can be seen in those pictures, it's probably for the best that the others never came out.