TRU coming back from the grave 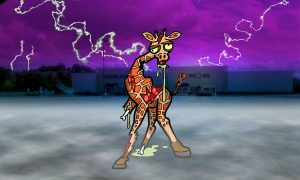 Rumors have surfaced today that the companies who own the remnants of the Toys "Я" Us brand are attempting to bring stores back in time for Christmas this year. While no one from TRU has confirmed the rumor, at least one toy company has gone on record to say they have been pitched on the planned return.

The idea is that the new "Я" Us locations would be about 10,000 sq. ft. (a third of the size of the old stores - so think... local TV/appliance store size, maybe?) and would possibly sell toys on a consignment model, where companies wouldn't be paid unless things actually sold - so don't expect a lot of big sales or clearance prices. It's also likely some companies would be hesitant to work with TRU again, considering the money they would have lost when the store went out of business last year.

For now, we're excited about the return, but we'll believe it when we see it.

2 Responses to TRU coming back from the grave