The complex history of Mantis

Today's Mantis review hinted at how different her comics counterpart is. 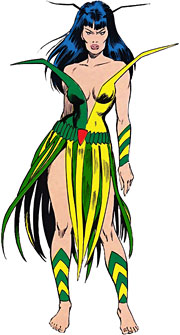 Mantis was created at Marvel by Steve Englehart, where she was a minorly psychic martial artist and also the "celestial Madonna." In 1974, she married her alien boyfriend, and went off to live with him. 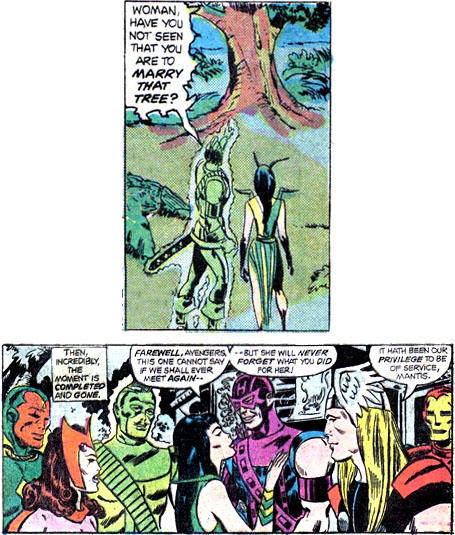 Then, when Englehart went to work for DC, he introduced a "new" character in 1977 who had come from a place she couldn't talk about, and was pregnant by her alien boyfriend. 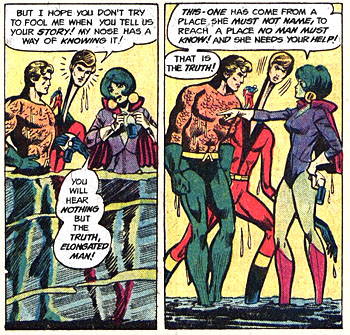 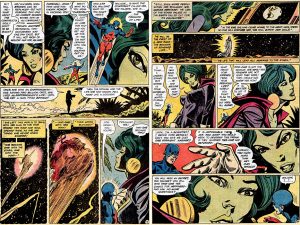 Englehart planned to use "Willow" as a guest star in a later miniseries, but the series got cancelled. So he changed the names, took it to a third company, and published it there in 1983. So now Mantis/Willow was Lorelai, and she gave birth to her son over there. 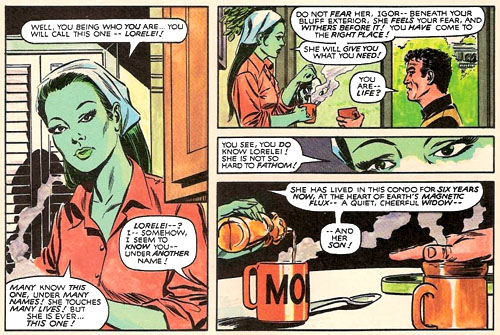 By 1988, Englehart was writing for Marvel again. So of course he wrote new stories about Mantis - and her young son. 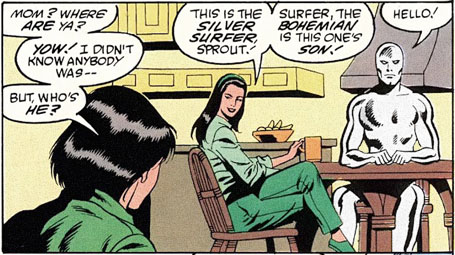 That's even the same kitchen they're sitting in.

You've got to give Steve Englehart credit: he had a whole long story he wanted to tell, and he wasn't going to let anything stop him from telling it.