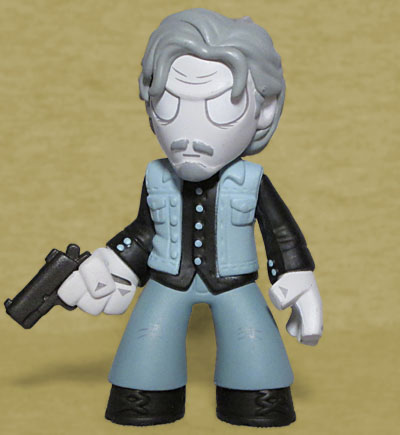 Joe was played by Jeff Kober, who's been in no shortage of nerdy programs - 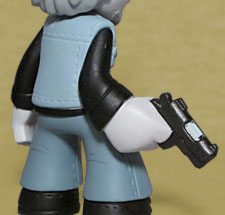 heck, he played two different characters on Buffy the Vampire Slayer alone! This Mini does a great job re-creating his goatee and floppy hair, and his nearly "Canadian Tuxedo" outfit works well in the desaturated style - the jeans are darker than the jean vest, and the boots and shirt are black. He's got an undynamic pose, with his pistol held down at his side. Usually the In Memorium characters are depicted at the moment of their death, but this one would need a chunk missing out of its neck and a torrent of blood pouring over his chest and shoulder.