This is the latest in a series (of indefinite length and regularity) of blog posts memorializing cancelled toys. Our figure today is Mattel's Mammoth.

Mammoth, a Teen Titans villain and member of the Fearsome Five, would have been a Collect-n-Connect figure for some unknown series of DC Multiverse. 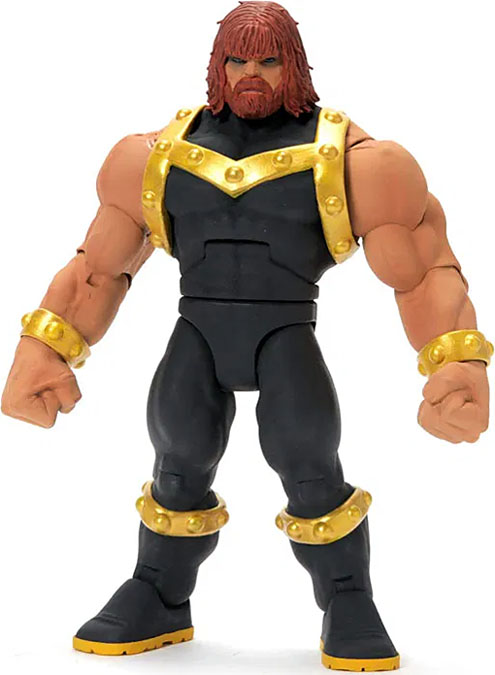 Using an existing body with add-on armor pieces, Mammoth would have come with an alternate, less shaggy head. The figure was never officially cancelled, but with Mattel losing the DC license as of this year, he's never going to be released.