There are no cops in Lego City 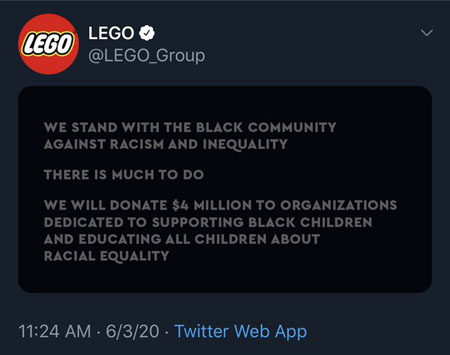 Unlike a lot of companies (other than maybe Ben & Jerry's), they're not just stopping there.

Tuesday afternoon, Lego Shop at Home affiliates received an email from the company requesting the immediate removal of any links or marketing for dozens of sets that feature police, "in light of recent events." 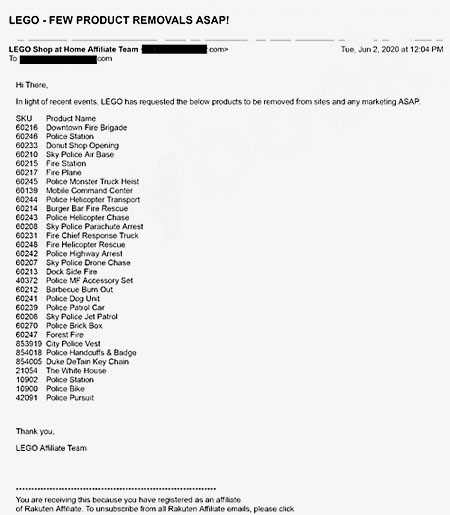 It's not hard to see a theme: the sets are all ones that feature police, as well as the White House - in other words, the sources of the violence people are protesting against.

The inclusion of fire fighter sets is odd, as they're still properly doing their jobs, not injuring or killing people.

Update: Lego later clarified that they were only asking affiliates to remove links during Black Out Tuesday out of respect, not pulling the sets entirely.