It’s kinda interesting how much the reissues of NECA Ultimates can be different from older releases of ostensibly the same item. 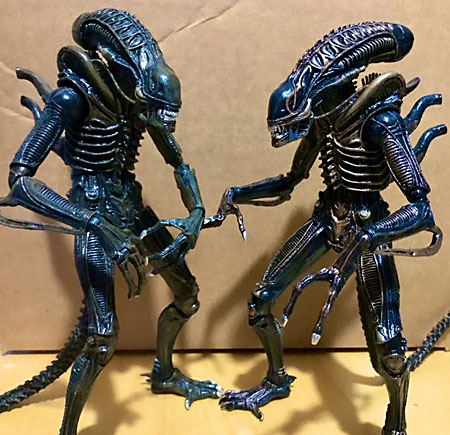 The first ultimate release of this Alien has a black base with a real heavy brushing of brown (or blue depending on variant). The newer reissue has a much glossier base with a copper brushing. It's less extensive and more relegated to defined areas. 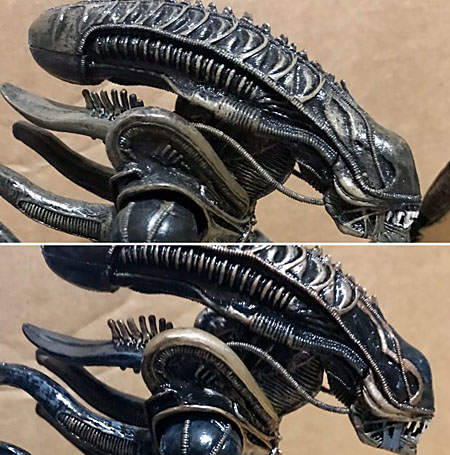 I found out Ultimates and reissues have major differences when I tried to kitbash together older and newer Ultimate City Hunter Predators. They were constructed completely differently. The pegs and joints holding the figure together were entirely revamped. On the Alien, the hips are actually different than the previous Ultimate, balljoints instead of swivel/hinge.

At least this new one is only released in one color.

This entry was posted in commentary, NECA and tagged Alien. Bookmark the permalink.