Here, from the Alien Anthology DVD archives, is one of the two motion tracker props built for the film: 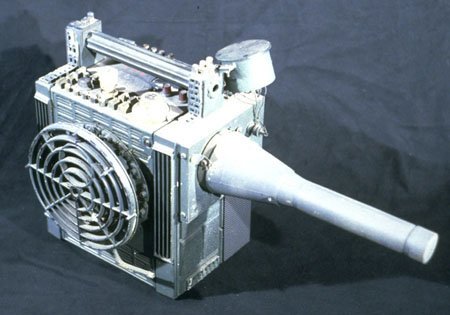 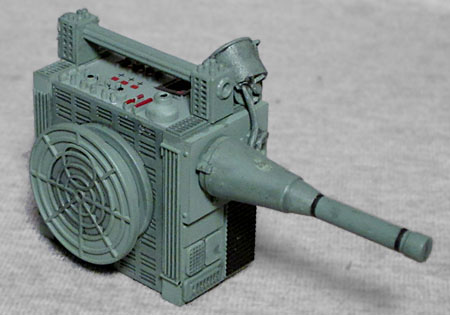 Looks pretty close, doesn't it? So why have two reviews now said that it's wrong?

The problem is, the prop as seen in that photo never appeared in the film. It has several modifications that were performed at an unknown time (either by the props department during production, or by whoever owned it before it got into collector Bob Burns' hands).

Here's the tracker being held by Captain Dallas, in the scene where he hands them out to the crew. (We've rotated the picture to make the parts easier to recognize.) Notice the lower right corner [A] has a panel with a black hole on it, and a second with a small antenna or something. And while it's hard to see, you can just make out the coiled cord coming out of the front of the handle [B] and disappearing over to the left. 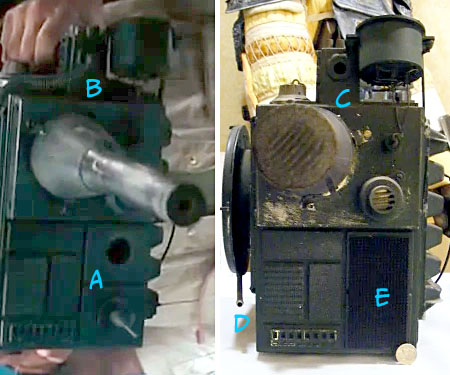 The Bob Burns version on the right is missing the cord, though it has the hole where it would have plugged in [C] and the stiff tube the other end would have attached to [D], plus the two panels down in the corner have been covered by a black grill [E] - you can still see their edges beneath it. 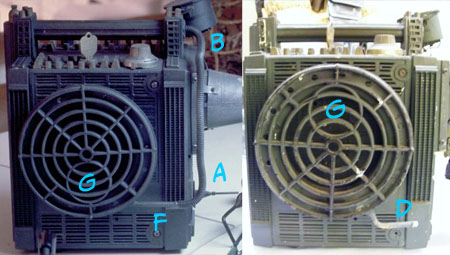 In this side view, you can see the small antenna sticking out [A] and the full extent of the cord, from the handle [B] to the tube [F], which is a different shape than the one on the Burns prop [D]. The most important thing you'll see here is that the drain cover grate has been replaced upside down: the smaller, inset circle [G] should be at the bottom, not the top.

This entry was posted in addendums, NECA and tagged Alien. Bookmark the permalink.