The prophecy is being fulfilled!

Did somebody clone Nelson Mandela and not tell us? 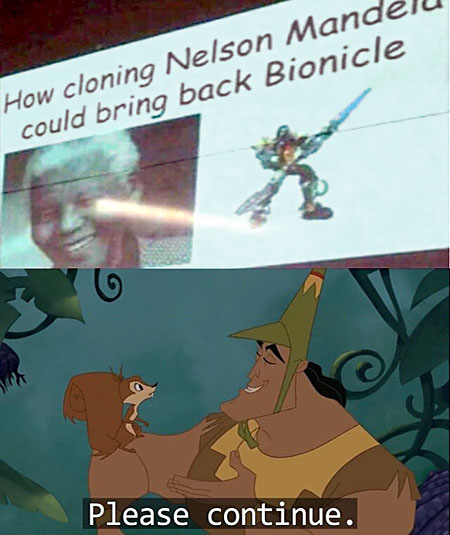 Lego has just announced a fan vote to decide what theme they should do to celebrate their upcoming 90th anniversary.

⛔️STOP WHAT YOU'RE DOING!⛔️
We've just launched the ULTIMATE FAN VOTE where you can help decide the theme of our 90th Anniversary LEGO set😱

Want to see the return of Classic Space, Paradisa or perhaps Bionicle? Now's your chance to vote!

We will run this fan vote of all 30 themes from today the 17th of January 2021, to the 25th of January 2021. Then on February 3rd 2021, we will launch a second fan vote of the top three themes from this fan vote which will run until February 10th 2021. One of these three themes will be what the 90th Anniversary Set will be based on, but we still want to know what the most popular of the final three is!

The full details can be found here, including a link to the voting page and examples of all the themes in the running.

We've obviously got our favorites, but what do you hope to see make the cut?

1 Response to The prophecy is being fulfilled!