The west wing of the Transformers BotBots mall has two spots for the Sugar Shocks to hang out: a little kiosk down on the ground floor, and an actual store store upstairs on the third. But weirdly, Javasaurus Rex is the only member of the tribe who's up by that second one.

As far as "tribes" go, this is really pushing the boundaries of inclusion for the Sugar Shocks. They're "a squad of sweet treats and fun-to-eats who share 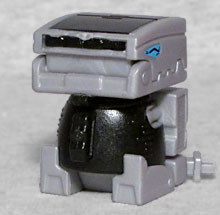 their own unique sugar rush and kick things into overdrive," according to the marketing copy, and this... is a coffee machine. Now, yes, people put sugar in their coffee, but "sugar" isn't coffee's defining trait. And even if it were, you add your sugar to the coffee, you don't put it in the dang machine! This is a grey piece of equipment with an electrical cord in the back and a black coffee pot nestled in the center - wouldn't it make more sense as part of the Techie Team or even the Swag Stylers? (Home Rangers also would have worked, but they wouldn't come out for two more series.) The pot has a handle and sculpted measurement marks, plus similar little notches on the sides of the machine.

Javasaurus Rex's conversion process is a pleasant level of complex: fold down the legs, rotate the tail out of the way, spread the arms, turn the entire upper body around, and open the mouth.

According to Javasaurus Rex, coffee is the most important 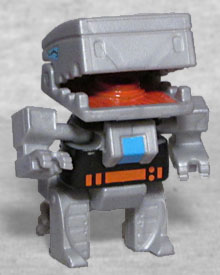 meal of the day. And the best snack. And her favorite dessert. Just stay out of her way before she brews her first pot of morning coffee - she bites!

And like Alec Baldwin famously said in Glengarry Glen Ross, "offee is for losers." (Sorry if that quote's not completely accurate, the C doesn't work on my TV.) This is a super adorable robot mode, way better than the last dinosaur we got. She may not be as slumped over and sleepy as the official art makes her look, but this is a good bot design. The angular bump on the chest keeps the torso from feeling plain, and the use of the electrical cord as a tail is always fun. Plus, the opening mouth and the squinty eyes give her a lot of personality. 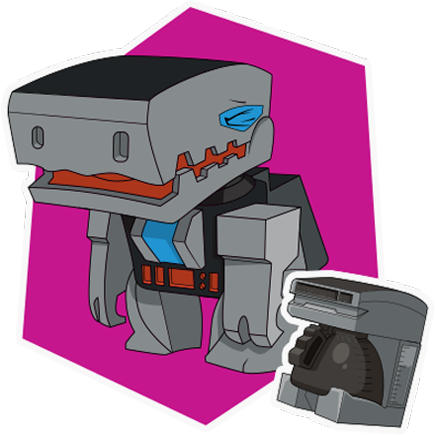 Javasaurus Rex is only available blind-packed, as #21 in Series 2. Her mold was also reused for Series 4's Roarista. A Home Ranger. Imagine that!

This entry was posted in blog exclusive review, Hasbro and tagged dinosaurs, Transformers. Bookmark the permalink.