There was an Inspector Gadget toyline in the '90s (a full decade after the cartoon premiered, which gives you an idea of its staying power), and that line famously released a figure of the otherwise-unseen Dr. Claw which revealed his face... once you opened it, that is. 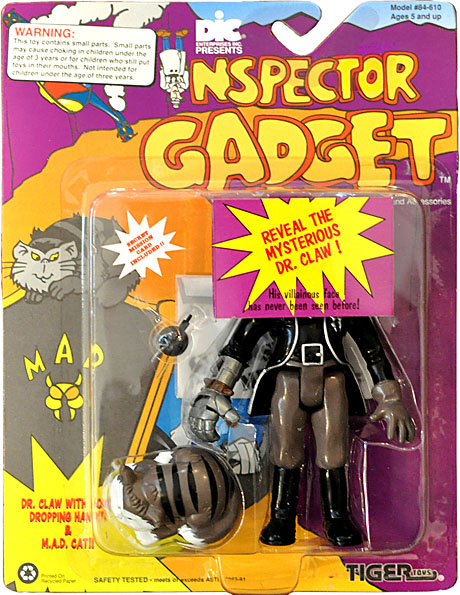 That design (shared with the Super Nintendo game) was not created by the show's artist, Bruno Bianchi, however, so it doesn't really count. But did you know Bianchi did once reveal Dr. Claw's face?

Back in the day, a magazine contest was held for readers to submit their own drawings of Dr. Claw. To promote the contest, they had Bianchi do a drawing of his own: 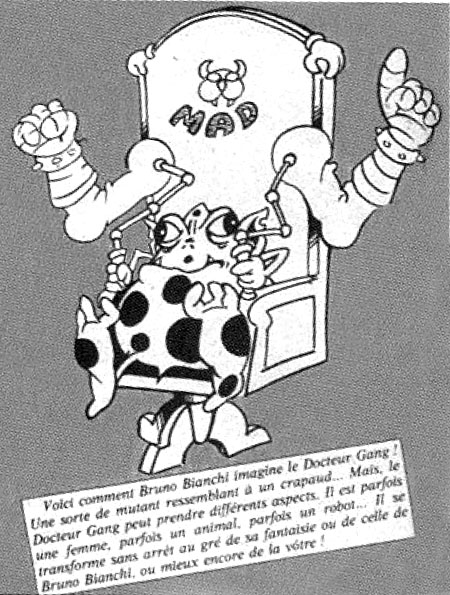 Clearly that's just a joke, but now you know: Inspector Gadget's creator did at least once draw Dr. Claw's face for everyone to see.

This entry was posted in addendums. Bookmark the permalink.