Day 29 has another really wide flap - this had better not be another damn bag of slime. 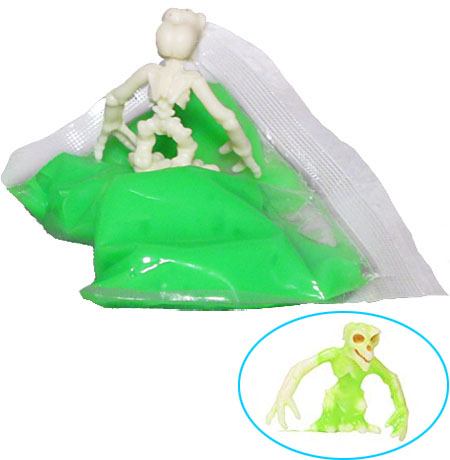 Godammit, it's another bag of slime. With a second Skeleton Gremlin. Official pictures make the combo look pretty cool, but it's a transient effect: pour the slime on the skeleton and in, what, five minutes? It'll just be a puddle on the floor, no longer stuck to the toy. Wouldn't it be better to just sculpt a figurine that looks like it's melting, to create the same effect in a permanent way? Yes, yes it would.