NECA wasn't the first company to make an An American Werewolf in London London Werewolf, just the first to release one. This is the latest in a series (of indefinite length and regularity) of blog posts memorializing cancelled toys. Our figure today is from SOTA's Now Playing line.

Back when SOTA Toys was a company that existed, they had the American Werewolf license, and they (like NECA) began by releasing the Nightmare Demons. That was in 2005, but at Toy Fair 2007, they announced plans for a box set featuring David as a werewolf, and Jack as a decomposing corpse: 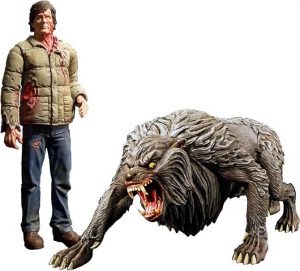 Obviously that never came to be, because SOTA was not long for the world at that point, but Jerry wasn't ready to give up. His next company, Pop Culture Shock Toys, also got the license and showed off an expanded line at SDCC 2016: 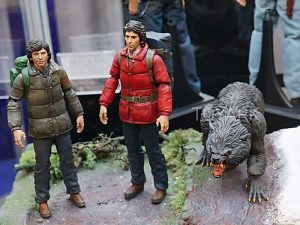 Even if either company had managed to get their big dog onto store shelves, the one NECA's made 15 years later would still have been better.

2 Responses to Soon Forget: An American Werewolf in London