We all remember the "big" 1980s toylines, like Masters of the Universe or GI Joe, but there were dozens (if not hundreds) of other, smaller, lines that filled our toyboxes. Things that are more obscure today, things that perhaps you'd recognize if you saw one in the wild, but couldn't quite place. I want to honor some of the more random toys I loved as a child - things like the character "Weed Killer" from the short-lived Swamp Thing cartoon, which I promise to review some day.

Today's "Retro-view" is a fellow that has a special place in what I call "the Shrine": Soaron Sky Sentry, the pterodactyl-like robot-man from Mattel's 1987 Captain Power and the Soldiers of the Future line. 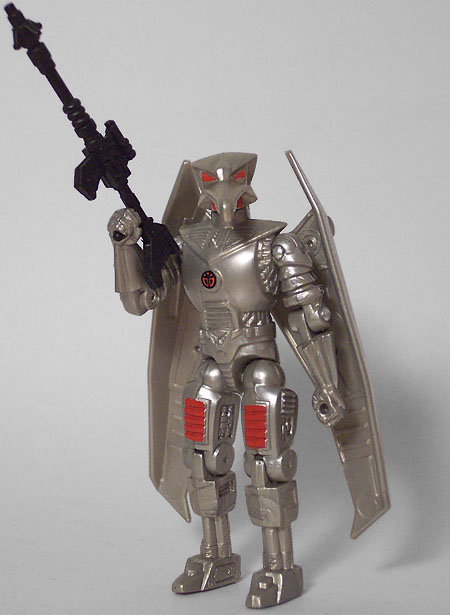 From his original packaging: 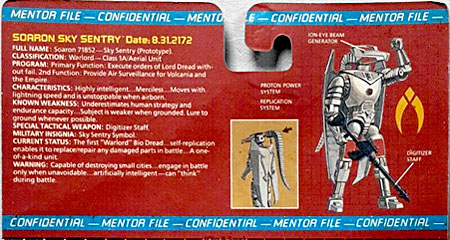 Now, none of that means anything to me, but I thought I'd throw it up there for those of you for whom it does. The packaging also states that Soaron is the "Bio Dread Sky Assault Warlord," which sounds like the title of an animé to me.

This entry was posted in blog exclusive review, Mattel, Retro POA and tagged Captain Power, The Shrine. Bookmark the permalink.