Roboto's shoulders are on backwards

Mattel QC has done it again.

I'm still trying to decide how much I care about this, but over on He-Man.org fans have discovered that Roboto's shoulders appear to be backwards, much like the first-release He-Man. It looks like the Horsemen sculpted them to match the vintage figure, and Mattel screwed the pooch on the assembly.

Oddly enough, this was perfectly evident way back in the SDCC pics, but apparently no one caught it. 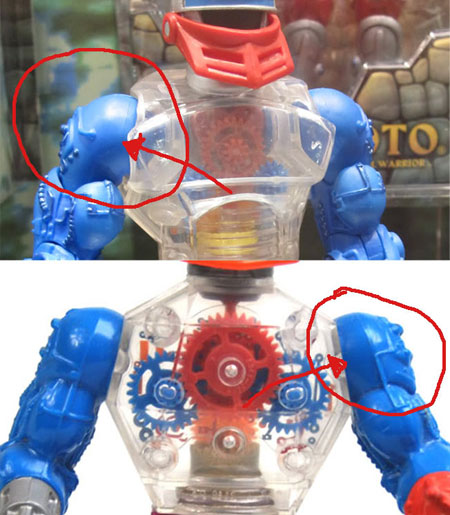 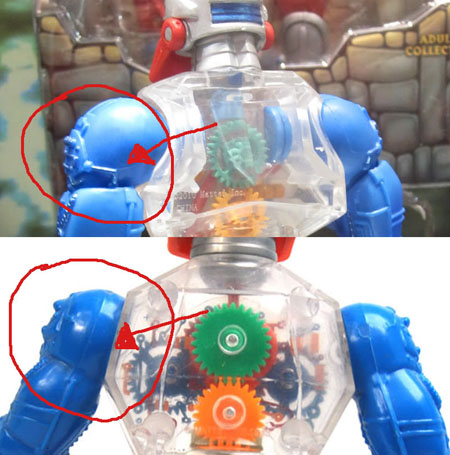 The shoulders are reversed on the Pixel Dan review as well, so I think we can safely assume every single Roboto will have backwards shoulders. And this time we're being forced to pay for defective products. At the very least, Mattel should allow fans to opt-out of the sub for this one figure and wait for a reissue.

What do you think? Do you care enough about this to not want the figure until it's been corrected?

I mean, this is pretty damned bad. Yes, you can say it's not really that noticeable - and that's kind of how I feel - but at the same time, remember, you're paying $30 for this thing.

I don't want to come off like some hysterical fanboy losing my shit over this, because I'm still not sure it bothers me much (although apparently the reversed shoulders on the He-Man caused them to rub and wear away at some points of contact, and the thought of that happening does bug me a bit). But given the subscription, there’s a principle-of-the-thing aspect to this that's really bugging me.

It's entirely possible that the sample Pixel Dan received was an early one and that this was caught and corrected at the factory before general production started. But they said the same thing about the bleed around Orko's ears, and it wasn't corrected. So you'll forgive me if I don't hold my breath.

This entry was posted in commentary, Mattel, news and tagged MotU. Bookmark the permalink.

62 Responses to Roboto's shoulders are on backwards