This is the latest in a series (of indefinite length and regularity) of blog posts memorializing cancelled toys. In today's review of MOTU Classics Moss Man, I briefly alluded to the Four Horsemen's plans for the Mo2K Moss Man, but perhaps you'd like to see it for yourself: 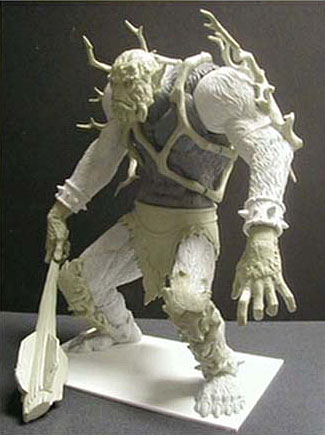 As you can see, the core idea of the character - "repainted Beast Man" - remains the same, but as they did with all the Mo2K figures, the Horsemen didn't just take the easy way out. In their original plan, the head, the greaves, the loincloth and belt, and his weapon would all have been unique sculpts (to say nothing of the vines climbing all over his torso).

If you ask me, I think that would have been preferable to what we actually got in 2003, which was just a green Beast Man. And if MOTUC weren't all about maximizing the economy of the sculpts, we could have gotten something that nice today.

Bonus: here's a cool piece of art by fan Chris J. Edwards, which started out as a take on the 2003 character, but soon became its own thing: 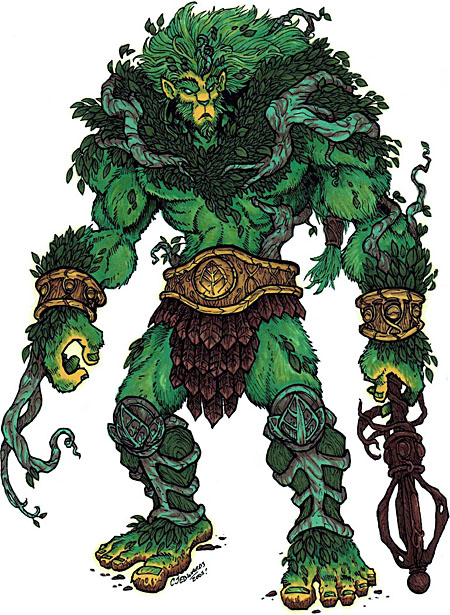