This is the latest in a series (of indefinite length and regularity) of blog posts memorializing cancelled toys. Our figures today relate to yo's Resurrection of Monstress Night of Noctilca review.

Prototypes for Series 3 of the figures were shown at Toy Fair 1999 (the same show that brought us McFarlane's Pinhead, among others), and even given names. 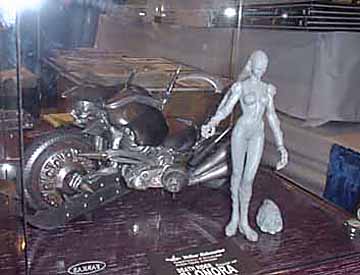 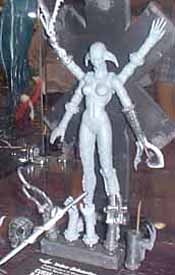 "Death Rider Clonora" (or maybe Cronola) a badass Grim Reaper girl, would have come with a pair of interchangeable legs that allowed her to be displayed astride her massive motorbike. "Curse of Mummyla" had hands that could be swapped around freely among her four arms. Lack of interest and rising costs stopped them from ever entering production.

As mentioned in the review, the characters were all designed by Yasushi Nirasawa. Here's the art for the Series 3 girls, giving you an idea of their colors: 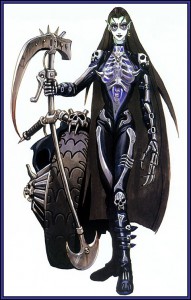 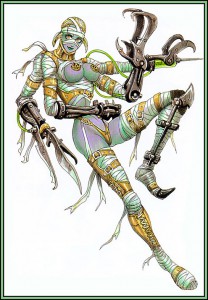 And because this is an addendum for Noctilca, here's her art as well: 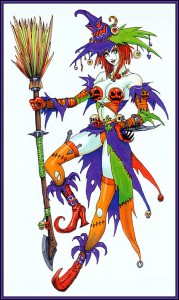 This entry was posted in addendums, cancelled toys, Toy Fair. Bookmark the permalink.