In today's review of Mabel Pines and Waddles, we revealed that Dipper and Mabel are based on creator Alex Hirsch and his twin sister Ariel. In fact, here are the two of them, cosplaying as themselves: 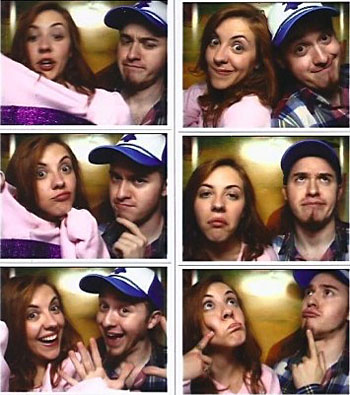 We begin with the September 20, 2012 episode of Cartoon Network's Mad, in a Pokemon/Person of Interest parody: 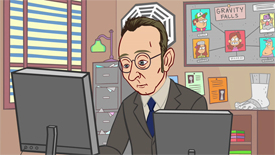 Then, in issue #5 of IDW's My Little Pony comic, Rarity has a nightmare in which her friends replace her with a newcomer named "Maybelle":

This one's a little confusing. In the Season 2 Gravity Falls episode "Society of the Blind Eye," which aired on Oct. 27, 2014, Grunkle Stan loses a pen, pad and coffee cup through a dimensional portal. Apparently it was a portal through both space and time, because they emerged from a different dimensional portal seven months earlier, on the April 7 episode of Rick & Morty, "Close Encounters of the Rick Kind": 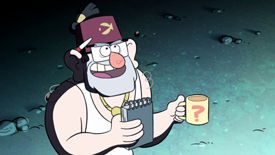 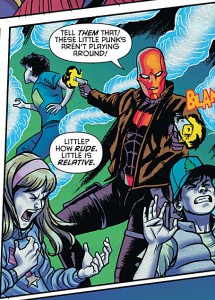 In April of that year, the cover of Howard the Duck #4 featured a book in possession of Doctor Strange that appeared to be Dipper's journal: 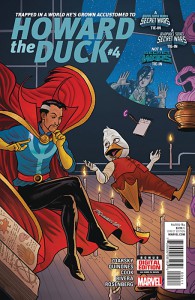 And then in November, Howard the Duck #1 (yes, this #1 came out after that #4 - remember, all the books reset their numbering after Secret Wars) featured Howard getting in a fight with a character who clearly resembled Gravity Falls' Soos, just with an exclamation point on his shirt instead of a question mark. Given that he's in Florida instead of Oregon and seems to be a gigantic jerk, maybe that's Soos' dad. 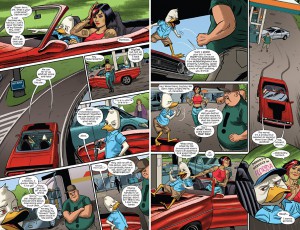 You can find Gravity Falls everywhere!