At last, you can safely eat Legos

If you're in the mood for a burger this weekend (and don't mind travelling to the Philippines), you can drop in at Brick Burger for a distinctly-shaped bun. 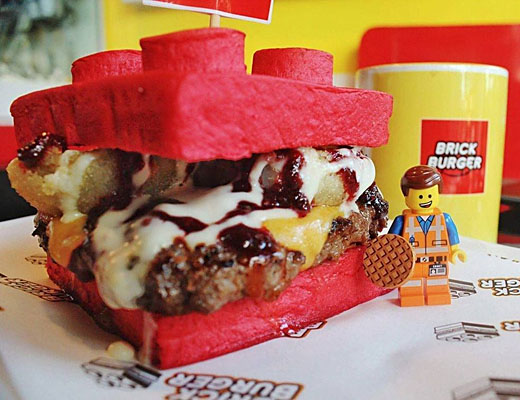 Obviously this is not an official product, but there's no mistaking the squared-off bread with the large round studs on top. 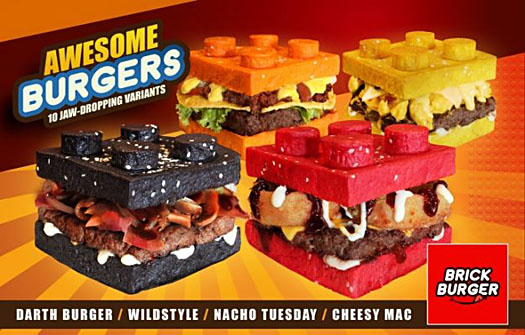 According to their menu, there are "10 jaw-dropping variants," several of which are named after characters from The Lego Movie (Emmet, Benny, Lord Business). Other properties also make appearances, like the $5 garlic-barbeque "Darth Burger" on a black bun, or the $7 double-decker "Hulk Buster" bacon cheeseburger. The decor inside the restaurant even looks like it's made from giant, human-sized Lego bricks!