As mentioned in today's Marvel Legends Skullbuster review, the figure comes with an alternate head that would allow you to turn the figure into a different Reaver, Macon Reese. 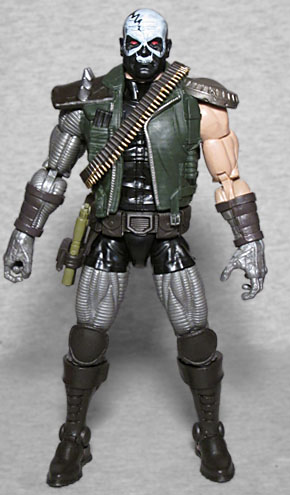 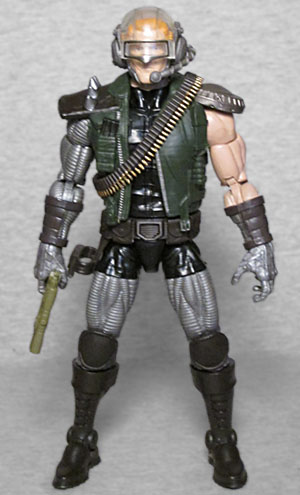 But that's not really an ideal solution, is it?

If you look at the Reavers, you'll see that Reese and Skullbuster really don't dress alike - Skullbuster has mechanical limbs and a dark shirt, while Reese goes bare-chested beneath his vest and mostly looks human. 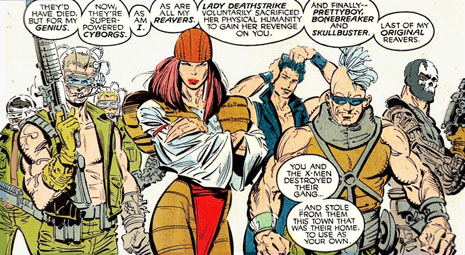 But you know who does dress like Reese? Nuke. Yes, the failed Reaganomics super-soldier from Daredevil. He mostly looks human, and wears a vest with no shirt beneath it. And thanks to Marvel Legends' current construction style, you can turn one into the other: 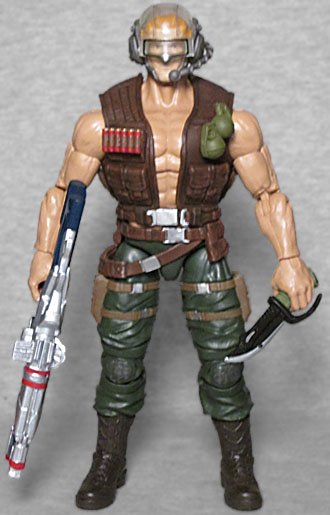 The head is a little small, and the skintone doesn't quite match, but the big helmet helps hide that.

It seems, like Shadow King and Lilandra, that this head is meant for a body other than the one it's sold with. And, if Hasbro wants to do a two-pack of the other "human" Reavers, it would give them another chance to reuse those Nuke molds, like they did in the Hydra two-pack.