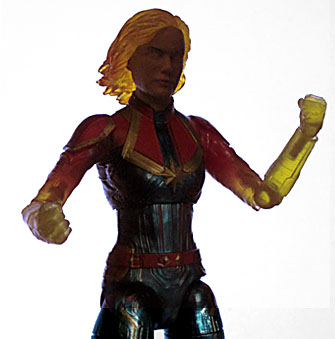 that meant the cosmic-powered comic character who hung out with the X-Men; instead, this is the same mold as the normal Carol, just molded with some translucent plastic to make her look energized. That's not a slight against her, by any means: it really does make the toy look the way she does when she's fully powered up in the movie, and is pretty cool on the toy. The central body is solid, but the arms fade from red to yellow as you move down from the shoulders. The hair on both the masked and unmasked heads is translucent as well, and her eyes have been painted a light orange. Plus, the mohawk head is a new mold: no smirk. 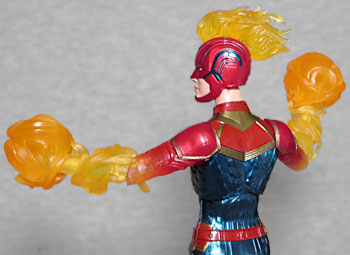